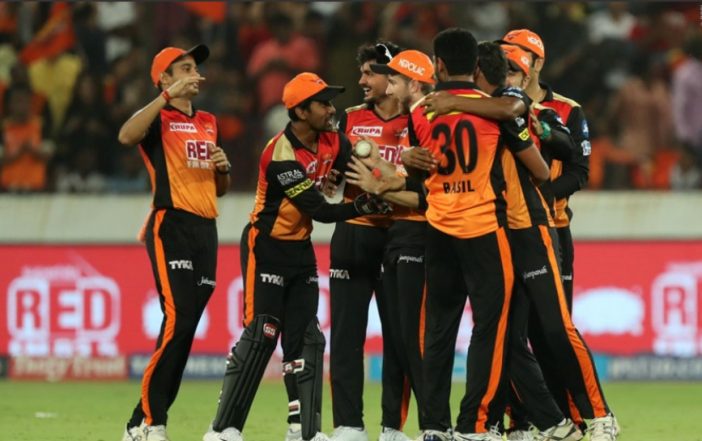 The Sunrisers Hyderabad are known for getting the best out of their domestic players and despite no major signings each year, they perform well. They are one of the five teams along with KKR, RCB, RR,MI, and CSK to have lifted the Indian Premier League. Their maiden and only triumph came back in 2016 under the leadership of David Warner. Under their dynamic management of Tom Moody, VVS Laxman, and Muttiah Muralitharan the boys from Hyderabad have become well versed to executing the coach’s game plans. The number of times they have defended low scores just goes to show how effectively they adhere to the cricketing principles. IPL 2019 Schedule in PDF: Download VIVO Indian Premier League 12 Full Timetable With Fixtures, Matches, Team and Venue Details.

The big news coming into IPL 2019 for Sunrisers Hyderabad was the departure of Shikhar Dhawan to Delhi Capitals. The left-handed opener had a pay dispute with the SRH management and decided it was best to leave in the interest of both parties. David Warner returns to the fold after missing a year of cricket with the whole ball tampering fiasco. Martin Guptill has also been roped in by SRH for the opening slot with the Kiwi batsman known for his brilliant hitting. Vijay Shankar who has represented Indian in the shorter version of the game quite frequently of late is also a key addition.

Skipper Kane Williamson was brilliant with the bat last season and marshalled his troops well on the field. A shoulder injury suffered on international duty means there is a chance he could miss the opening period of the IPL. If it is the case, then SRH team management will have hard time finding a proper middle order batsman of his calibre. David Warner will likely take over the captaincy which is huge considering he is making a comeback in the game. There is also news of Bhuvneshwar Kumar not taking part in the majority of the campaign owing to the 2019 World Cup which can be a show stopper for SRH. Sunrisers Hyderabad Launch Tickets for Rs 500 Across Stands for First IPL Home Game Against Rajasthan Royals on March 29, David Warner Makes an Announcement (Watch Video).

The SRH strength has always been their bowling with the likes of Bhuvneshwar Kumar, Shakib Al Hasan, Rashid Khan, Sandeep Sharma, and Siddarth Kaul all proven performers in the IPL. They are difficult to get away and the pressure created by one bowler helps the other take wickets. They hunt in pairs which means the batsman has very little respite coming from either end. Their 2018 recruit Billy Stanlake will enjoy bowling with the new ball in the first five overs where he can make use of the early swing.

Middle order does not look strong for the Sun Risers Hyderabad with Yusuf Pathan, Deepak Hooda and Wriddhiman Saha facing a daunting task in case the top order fails. They had several low scoring games last season too because of a poor showing by the middle order who could not get going and would throw away their wickets. Tom Moody will want his domestic players to take their time and settle before going for the big shots. SRH Team in IPL 2019: List of Sunrisers Hyderabad Players for Indian Premier League 12 After Auction.

The Sunrisers Hyderabad play their first game of the 2019 IPL away at the Eden Gardens against the Kolkata Knight Riders on the 24th of March. Their second game is in Hyderabad against Rajasthan Royals on 29th March. The Rajiv Gandhi Stadium in Hyderabad which is their home ground will see quite a vociferous crowd coming in to cheer for their side.