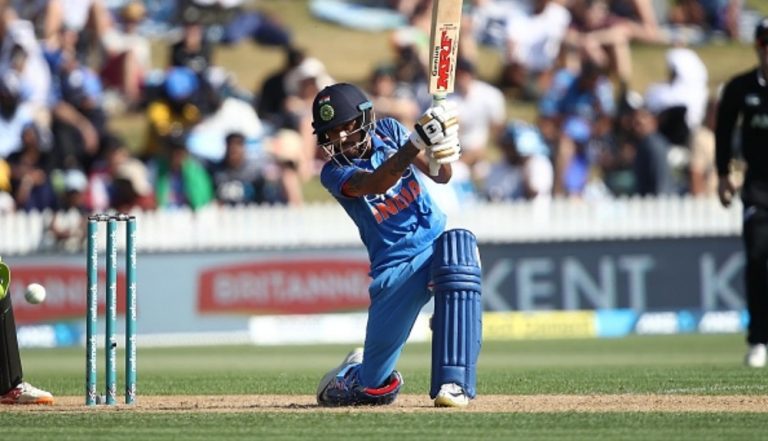 Yesterday, India’s batting line up collapsed like a pack of cards yesterday in Hamilton as they got bundled out on the score of 92 runs and thus registered the lowest total against New Zealand.  While rest of the specialist batsman failed miserably, Yuzvendra Chahal was the only one who posted a high total. He went on to make the highest score of 18 runs from 37 balls in the match yesterday and achieved a unique record. The spinner only equalled Javagal Srinath’s 43 runs which he scored against Pakistan in 1996 while batting at number 10. Rohit Sharma Could Break Sourav Ganguly’s This Record During India vs New Zealand 5th ODI 2019.

As the Indian batting line up crumbled, Chahal walked out to bat at number 10 with Kuldeep Yadav who scored 15 runs and posted a 35-run stand for the ninth wicket bailing out India from an embarrassing situation. The Indian innings got wrapped up in 30.5 overs whereas the Kiwis achieved the total in 14 overs itself. India suffered from an embarrassing loss by 8 wickets as Trent Boult destroyed the Indian batting line up snapping five wickets. Rohit Sharma Says 4th ODI Against New Zealand was One of the Worst Performances.

Rohit Sharma (7), Shikhar Dhawan (13), Shubman Gill (9), Kedar Jadhav (1) and Hardik Pandya (16) were all removed by Boult. The visitors were even disappointed by the middle order batsmen Dinesh Karthik and Ambati Rayudu who got dismissed on a duck. "If you look at the cricket we have been playing in the last few months, we have played good cricket and such matches come after some time. So it is a kind of reality check what we can do and improve in the next matches," Bhuvneshwar Kumar said after the match.