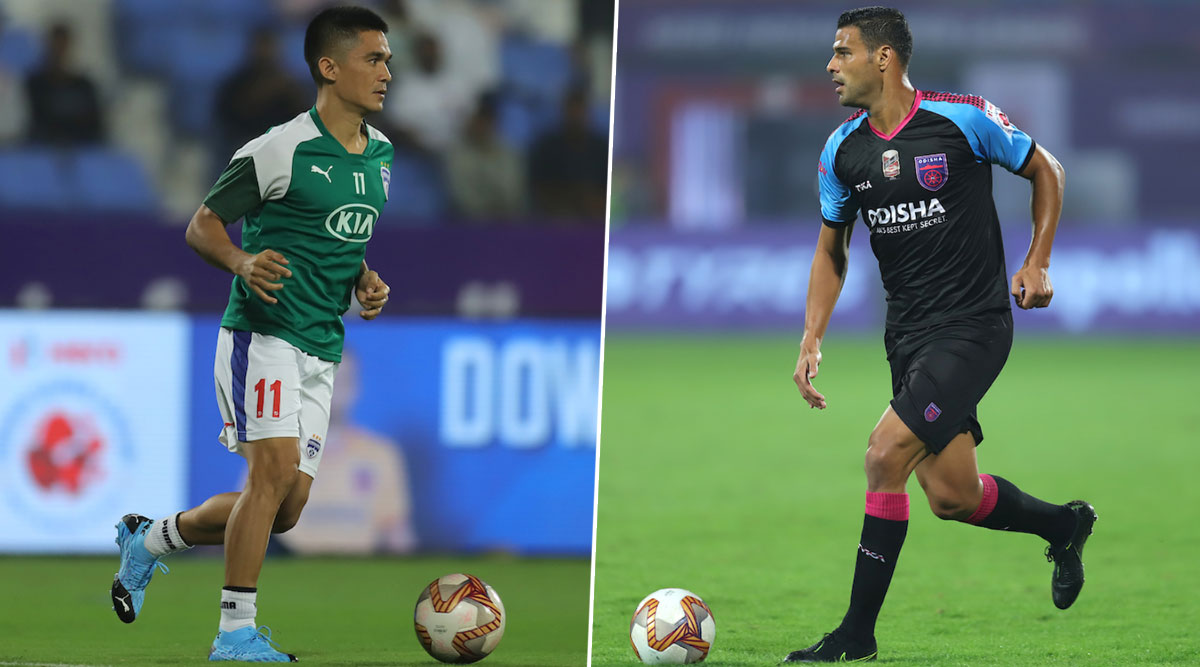 Defending champions Bengaluru FC will hope to return to winning ways when they host an unrelenting Odisha FC side in Indian Super League (ISL) 2019-20 at home. A win will take Bengaluru FC to top of the ISL 6 points table but anything less will threaten their top-four stay. Fans, who play fantasy games like Dream11, can find all details including player form and availability, to build a strong Dream11 team for Bengaluru FC vs Odisha FC encounter. Odisha FC, on the other, can become only the third team to record five successive victories in an ISL season if they manage to beat Bengaluru FC away from home. The title-holders walked away 1-0 winners when both these teams met earlier in the competition and Odisha FC will want to avenge that defeat. Meanwhile, for tips and team suggestions to build strong Dream11 team for BFC vs ODS clash, please scroll down. Bengaluru FC Vs Odisha FC - Live Football Score.

Juanan’s 37th-minute strike from two-yards out after a melee in the box gave Bengaluru the win in their first meeting against Odisha FC in ISL 6. The Sunil Chhetri-led side have somewhat tailed off since then with three wins and losses each in six matches since then. Chhetri has almost single-handedly borne the burden of finding the net for the champions and has so fat scored 8 goals. The next best for Carles Cuadret’s side is 2 from Erik Paartalu. Top Spot Up for Grabs as Bengaluru Host Odisha.

Despite their wonderful run, Odisha FC’s away run has been drastic. In 7 away games in ISL 6, Odisha FC have managed just 2 wins while losing 3 and drawing the rest. Josep Gambau will, however, be pleased about his team’s form. They beat Hyderabad 2-1 on road after three successive home wins. Aridane Santana is the league’s top-scorer with 9 goals from 13 games, while Jerry Mawihmingthanga has shouldered the responsibility of creating chances.

Bengaluru FC vs Odisha FC, ISL 2019-20, Dream11 Team Prediction: Defenders – Carlos Javier Delgado (ODS) has been the heart and soul of Odisha FC’s defence. Nishu Kumar (BFC) and Shubham Sarangi (ODS) will be the other defenders in this fantasy side.

A win for Odisha FC will help them pip Bengaluru FC in the ISL 2019-20 team standings. Odisha FC have 21 points from 13 games, Bengaluru from the same number of matches have 22 points and are ranked third. Odisha are a rung below but on a winning run.