FIFA Arab Cup 2021: Teams, Format, Schedule and Everything You Need To Know About the Competition

The FIFA Arab Cup 2021 is set to take place in Qatar, who are also the hosts of the World Cup slated to be played next year. A total of 16 teams from Asia and Africa would battle it out for attaining football supremacy in the Middle East. 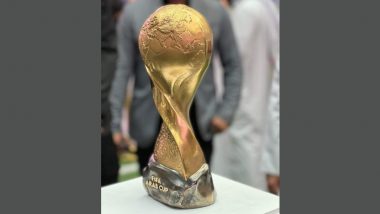 With just few months left for the World Cup, football in the Middle East is getting a boost with the FIFA Arab Cup 2021. It is not a new competition, having been established way back in 1953. The tournament is finally returning after nine long years, with the last edition being held in 2012 where Saudi Arabia had hosted it and Morocco turned out as the champions.

Which teams are taking part in the competition?

A total of 16 national teams would be seen in action in the competition. They are divided into four groups.

Format of the competition:

The 16 teams have been split into four groups each as said above. The top two sides from each group would make it to the quarterfinals. The final of the tournament would be played on December 18.

Live Streaming and Telecast in India:

BeIn Sports have acquired the official broadcasting rights for the competition. However, details regarding the live telecast and streaming of this event in India are not available at the moment. Watch this space for later updates on this.

Take a look at the fixtures:

Some exciting international football action would be enjoyed by fans as Qatar gets ready to host the World Cup in some months. The success of this competition would have a big say in how they end up hosting the showpiece event.

(The above story first appeared on LatestLY on Nov 30, 2021 09:08 PM IST. For more news and updates on politics, world, sports, entertainment and lifestyle, log on to our website latestly.com).