This is the second time the World Cup is being hosted by an Asian nation. The last time the showpiece event was held in the continent was in 2002 when Japan and South Korea hosted the tournament together. 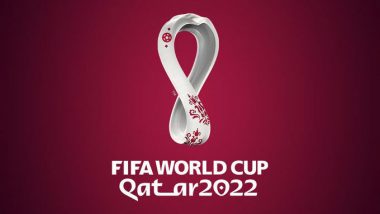 The group stage will last for 12 days with four matches being played in a day. According to FIFA, this is being done to give the players ample rest before the knockout stage of the tournament.

"Khalifa International Stadium will be the setting for the play-off for third place on 17 December. The final will kick off one day later at 18:00 at Lusail Stadium in front of an 80,000 crowd," it added.

This is the second time the World Cup is being hosted by an Asian nation. The last time the showpiece event was held in the continent was in 2002 when Japan and South Korea hosted the tournament together.

"The World Cup is always a festival of football, a real celebration for the fans who come on-site and watch. In Qatar, with the compact nature, this is going to be amplified even more with 32 teams and 32 sets of supporters all in and around Doha," FIFA Chief Tournaments and Events Officer, Colin Smith was quoted as saying in the statement.

Also, fans can witness more than one match in a day as none of the eight venues, in and around Qatar capital city, is more than an hour apart from each other, thanks to the newly constructed Doha Metro.

"The tournament's compact nature -- with no air travel needed to move between the venues -- will allow organisers, for the first time, to optimise specific match demands for the benefit and comfort of fans, teams and media," the statement read further.

"This will be achieved through the assignment of the group fixtures for each matchday to a stadium and kick-off time only after the final draw, currently planned for after the March 2022 international match calendar qualifying window.

"Once the pairings are known, the possibility will be discussed of providing a more beneficial kick-off time for audiences at home, or indeed for fans in Qatar with regard to the stadium allocation."

(The above story first appeared on LatestLY on Jul 15, 2020 07:34 PM IST. For more news and updates on politics, world, sports, entertainment and lifestyle, log on to our website latestly.com).