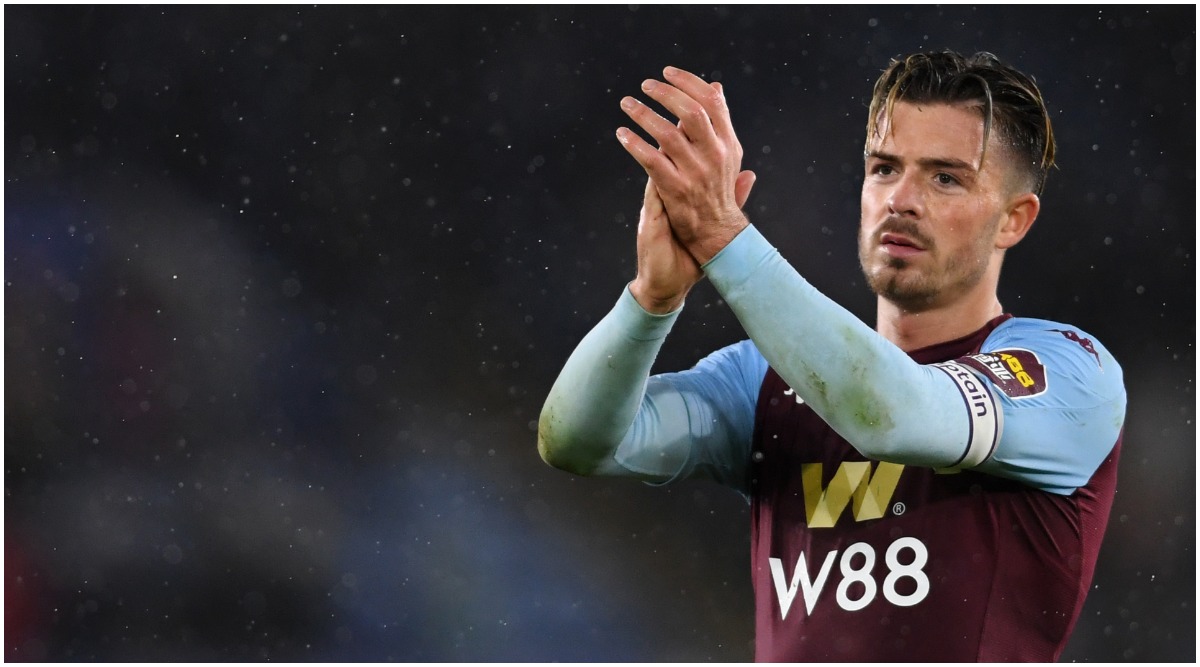 Aston Villa star and rumoured Manchester United target Jack Grealish has issued a public apology after violating the UK government’s instructions to stay at home during the coronavirus pandemic. Grealish was earlier reportedly involved in a traffic accident with pictures that emerged online showing the Aston Villa captain standing beside his crashed car in Solihull near Birmingham. “I don’t want anyone to make the same mistake that I did so I urge everyone to stay at home and follow the rules and the guidelines,” the 24-year-old said in a video message. Shortly after Grealish’s apology message, the football club also released a statement. Marcus Rashford, Manchester United Striker, Helps Feed Children During Coronavirus Shutdown.

According to reports circulating in the British media, an investigation has been launched by the West Midlands police after Grealish was pictured leaving an estate in the suburbs of Birmingham shortly after his Range Rover vehicle was involved in an accident. The incident occurred just a day after the footballer had released a video on social media asking people to stay at home during the lockdown.

“I just want to do a quick video message just to say how deeply embarrassed I am by what’s happened this weekend,” Grealish said in his video message. “I know it’s a tough time for everyone at the moment, being locked indoors for so long, and I obviously just got a call off a friend asking to go around to his and I stupidly agreed to do so.

“I don’t want anyone to make the same mistake that I did, so I urge everybody to stay at home and follow the rules and the guidelines of what we have been asked to do,” he added. “I know as a fact that I will be doing that in the near future now and I urge everybody to do the same. I hope everybody can accept my apology and we can move on from this. Hopefully, in the near future, we can all be out and enjoying ourselves again once this has all boiled over.”

Meanwhile, over 12, 000 people have died while at least 19, 000 people have been diagnosed with COVI-19 in the UK with the pandemic pushing the country into a complete lockdown. The pandemic has also forced many sporting events, including the Premier League, into either suspension or postponement. The suspension of the Premier League have been extended to April 30, 2020, while many other leagues worldwide have been called-off until further notice.

The club has also issued a statement on the Grealish incident informing that the winger will be disciplined for his mistake. “Aston Villa is deeply disappointed that one of our players ignored the Government's guidance on staying at home during the coronavirus crisis.

"Club Captain Jack Grealish has accepted that his decision to leave his house was wrong and entirely unnecessary. It breached the government guidelines which are clear and should be adhered to by everybody. The player will be disciplined and fined with the proceeds donated to The University Hospitals Charity in Birmingham."