Ole Gunnar Solskjaer will want his Manchester United team to go level on points with Chelsea albeit temporarily when they host Burnley at Old Trafford. 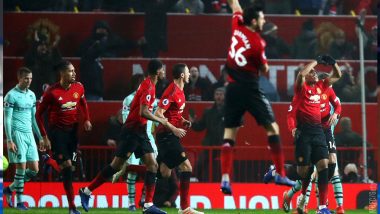 Ole Gunnar Solskjaer will want his Manchester United team to go level on points with Chelsea albeit temporarily when they host Burnley at Old Trafford. A 1-3 thumping of Arsenal in the FA Cup showed what exactly the Red Devils are capable of achieving when the team plays to the Norwegian’s game plan. A quality squad with a plethora of attacking players to choose from means Ole might be tempted to rotate the squad once again in the midweek Premier League game and against a side 16th in the table, there is more freedom to do so.

Team news coming in from the Red Devils camps suggest Alexis Sanchez and Romelu Lukaku may drop to the bench after impressing in the Arsenal win. Chilean international Alexis Sanchez scored a wonder goal set up by Romelu Lukaku but Anthony Martial and Marcus Rashford should come back in the team. Chris Smalling, Marcos Rojo and Marouane Fellaini are out of the game as they nurse their respective injuries. Eric Bailly may keep his place in the team although Phil Jones who has kept the Ivorian out of the team in the league game may give him stiff competition.

Visitors Burnley have a host of injury issues with Matthew Lowton definitely out while Johann Berg Gudmundsson and Phil Bardsley set to undergo a late fitness test to make it to the matchday squad. Chris Wood and Ashley Barnes are quality forwards that will likely start at Old Trafford in a 4-4-2 formation. They have a good pace and could trouble the home team with their quick interchange of play. Burnley’s midfield is quite weak compared to Manchester United’s trio of Ander Herrera, Paul Pogba and Nemanja Matic. Ashley Westwood does pack a punch though but could find himself stranded deprived of possession to have any effect on the game. Manchester United should make it nine in a row under the new management but since no games come easy in the EPL, they will have to toil.

In the English Premier League (EPL), Manchester United takes on Burnley on January 30, i.e. Wednesday. The game will take place at the Old Trafford, with the start time of 01.30 a.m (IST).

Where to Watch the Live Telecast of Manchester United vs Burnley, EPL 2018-19 Football Match?

How to Watch the Free Live Streaming Online and Football Score Updates of Manchester United vs Burnley, EPL 2018-19 Football Match?

If you are looking where you can watch the online streaming of the match, then you can log on to Star Sports' live streaming service, i.e. Hotstar. You can also catch the live football score updates on LatestLY, by clicking here.

(The above story first appeared on LatestLY on Jan 29, 2019 10:30 PM IST. For more news and updates on politics, world, sports, entertainment and lifestyle, log on to our website latestly.com).