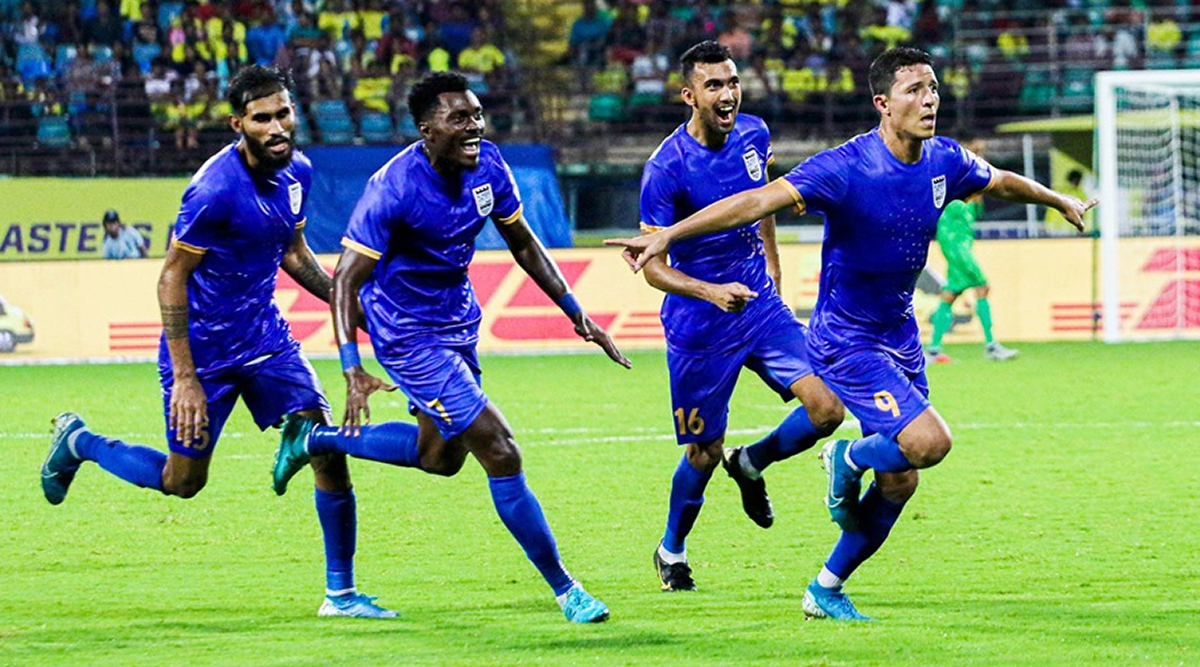 Hyderabad, January 23: Mumbai City FC have blown hot and cold in the Indian Super League and going into the business end, they will now look for some solidity. Chasing a top-four spot, Mumbai are set to take on Hyderabad FC at the GMC Balayogi Athletic Stadium here on Friday. The Islanders, under Jorge Costa, are fifth on the table with 19 points from 13 matches. They have a game in hand with Odisha and can move to fourth place with a win against the bottom-placed Hyderabad.

Hyderabad are on a ten-match winless run and have lost their last four games in the ISL. They need five points from their last five matches to not become the worst team in the league's history in terms of total points earned. ISL 2019–20 Schedule Updated: List of Fixtures Rescheduled in Indian Super League Season 6 in New Year.

Mumbai's season has been a roller coaster ride. Costa's team has been inconsistent in recent games but their last outing, a 2-0 win against defending champions Bengaluru FC at home, should have them riding high on confidence. The Islanders have the best away record in the league this season, picking up 12 points and losing just one game in seven games on the road.

"It is a very important game for us. We know that we cannot make mistakes. So we need to be focused, work a lot and respect Hyderabad," said Jorge Costa. He added, "If you look at the table, they are at the bottom of the table but when you look at the games they played, they believe until the end. They have very good players, very good foreigners. I'm sure that we will have a lot of problems but in the end, what we want is to win the game."

Hyderabad and Mumbai have both been leaking goals this season. Hyderabad have conceded the most number of goals (31) and Mumbai City are the second-worst in that category (21). There will be goals expected out of this fixture and with Modou Sougou in good form in the final third (3 goals in the last 4 matches), Mumbai will be eyeing three points.

"I have been watching all the statistics of the team. We conceded 31 goals. If you want to be successful and at the top level of the competition, one of the things that needs to be done is don't concede so many goals. I think the problem is not specific to the defenders but of the team. We try to be compact. We attack with 11 players including the goalkeeper and we defend with 11 players including the strikers," said Hyderabad interim head coach Javier Gurri Lopez.