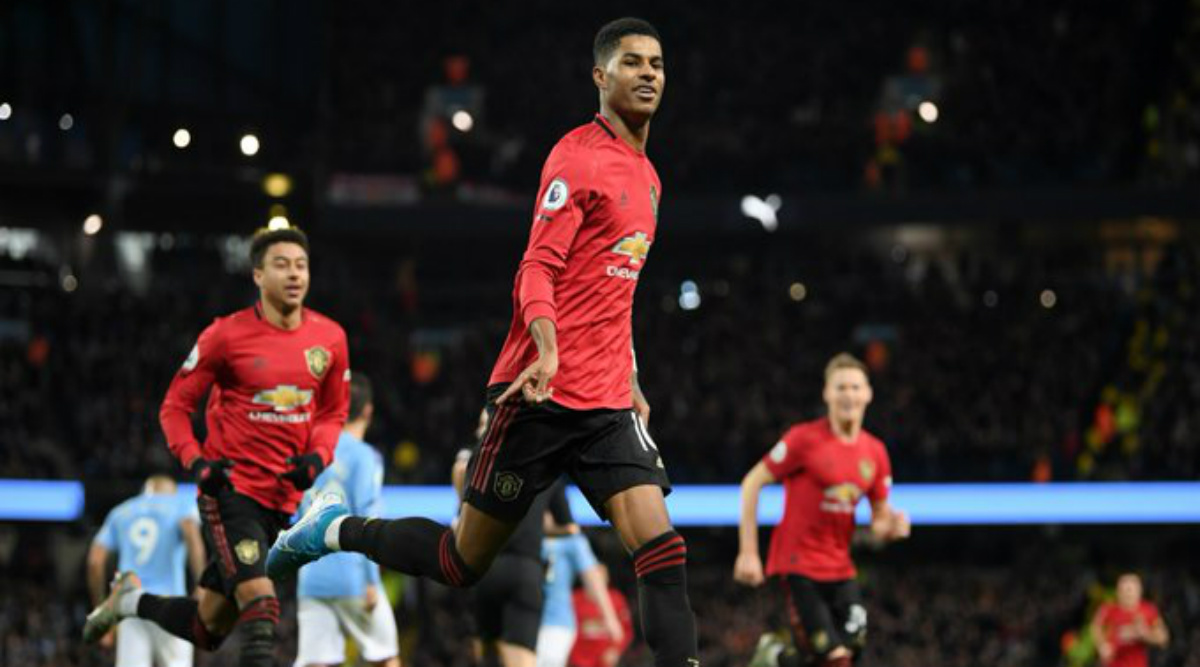 City issued a statement promising to take a "zero tolerance" approach to any supporters guilty of racism as Fred was also hit by objects thrown from the crowd as he took a corner. Lionel Messi Hat-Trick Breaks La Liga Record as Barcelona Put Five Past Real Mallorca.

On the field, Marcus Rashford and Anthony Martial scored the goals for the visitors, who survived a late onslaught after Nicolas Otamendi pulled a goal back to inflict a fourth league defeat of the season on Pep Guardiola's men.

United remain eight points adrift of their neighbours, but move up to fifth and within five points of fourth-placed Chelsea to haul themselves back into contention for a return to the Champions League next season.

"It's not nice to see that City are so much better than us, they are the best team in the world," said United manager Ole Gunnar Solskjaer. "But today we've come away with some dignity."

City's priority may also now be limited to securing a top-four finish with the gap to Liverpool growing by the week and a makeshift defence that has now failed to keep a clean sheet in nine games.

"I like how my team played. We conceded a bit more than usual on the counter-attack, but against United with the pace they have it is not possible to control it," said Guardiola.

"Sometimes you don't win, the others are better and you lose. The normal thing is not to win all the leagues."

Guardiola also offered his support to City's statement on the reported racist abuse.

One City fan was seen to mimmick a monkey gesture towards Fred as he took a corner midway through the second half.

"The club operates a zero tolerance policy regarding discrimination of any kind, and anyone found guilty of racial abuse will be banned from the club for life," said City.

Solskjaer said both players had been affected by the incident, but said the fan in question and not City should be punished.

"Why don't we educate him instead? It's not City's fault, it's his. Nothing to do with Man City as a football club," said the Norwegian.

"He's been caught on camera and he should never be allowed into a football ground again, it's unacceptable."

Victory rounded off a huge week for Solskjaer.

From facing questions over his future just six days ago after a 2-2 draw with Aston Villa left United with just four wins from their opening 14 league games, wins over Tottenham on Jose Mourinho's return to Old Trafford and now the side who have left United second best in their own city in recent times, relieves the pressure.

City were powerless to stop the visitors' pace on the break in the opening quarter in which United should have scored more than twice.

Ederson made a hat-trick of big saves to deny Daniel James, Lingard and Martial before United were awarded a penalty when Rashford was chopped down by Bernardo Silva inside the area.

Rashford stepped up to continue his fine form with a 13th goal in 14 games for club and country and passed up two more big chances before Martial fired in at the near post to make it 2-0.

"I was so happy with the way we started the game, the way we created big chances. We looked like we could score every time we got the ball," added Solskjaer.

"It should have been three or 4-0 up, but we are playing against the best team in the world so you have to defend well."

United were suddenly rocking and David De Gea had to make a brilliant save moments later to deny Mahrez an equaliser. But Solskjaer's men held out to realistically end City's title challenge. No side has ever overcome a 14-point deficit to win the league in English top-flight history.