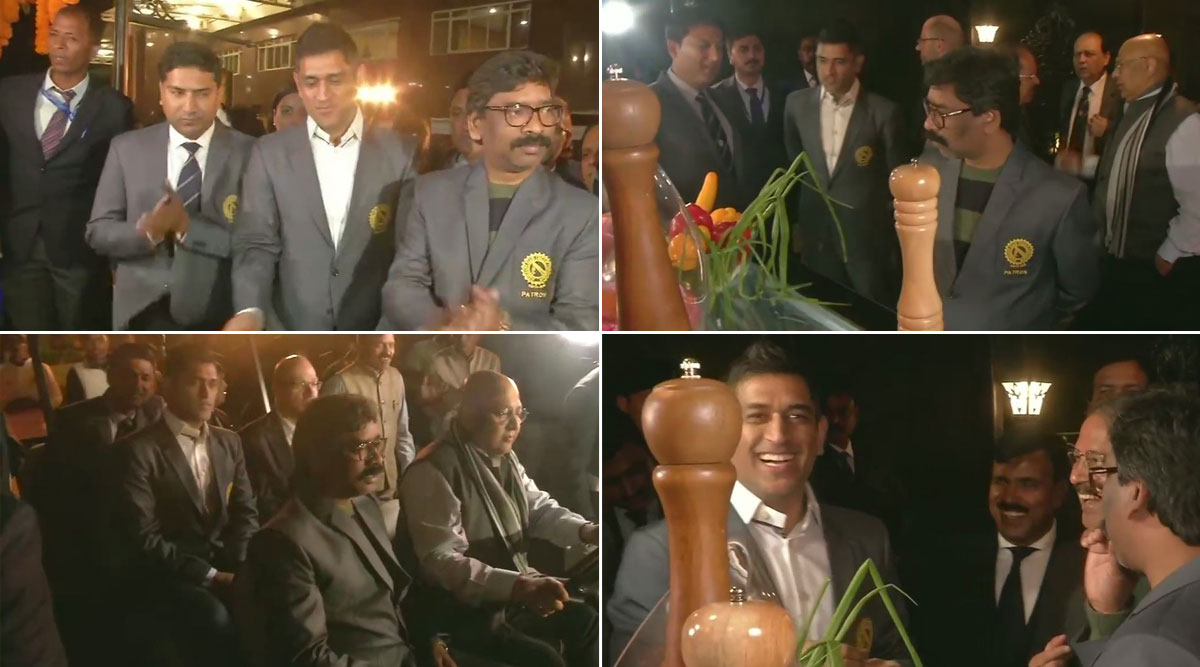 The Jharkhand Chief Minister and state's favourite cricketer also shared a good laugh at the event. MS Dhoni looked dapper in a blazer and made a rare appearance at a public event.

Hemant Soren became the CM after the JMM-Congress-RJD alliance stormed to power in Jharkhand on December 23, ousting the BJP in yet another state in the Hindi heartland after the saffron party's stupendous performance in the Lok Sabha elections.

The three-party alliance bagged 47 seats in the 81- member state Assembly. The JMM won 30 seats, Congress 16 and the RJD one. JVM(P), with its three MLAs, has extended 'unconditional support' to Soren to form the government.

The BJP clinched 25 seats, AJSU Party two, the CPI-ML(Liberation) and the NCP one each and others two. The results of the election, which was held in five phases between November 30 and December 20, was announced on December 23.