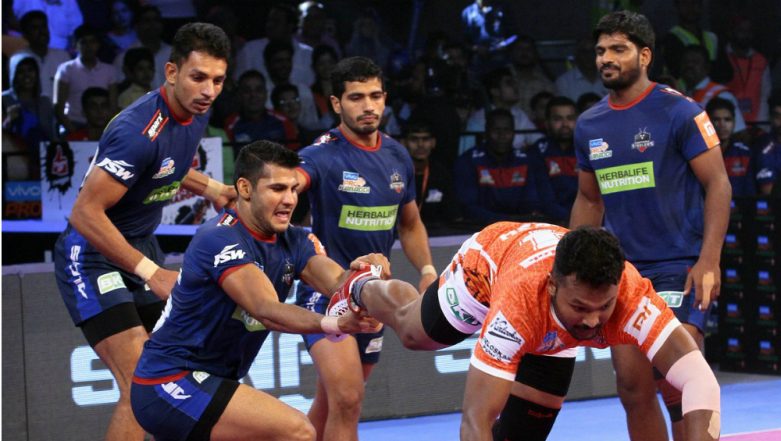 Nitin Tomar got 10 points whereas Rajesh Mondal chipped in with 8 points to lead Puneripaltan to a comfortable win. It was an evenly contested affair in the first few minutes of the match as both teams were tied at 5-5 after seven minutes. Puneri Paltan then shifted gears with Nitin Tomar getting into the act. Tomar scored three points in two raids as Puneri Paltan inflicted an all out to lead 13-7 after 12 minutes.

Rajesh Mondal then scored with a two-point raid to give Puneri Paltan 15-10 lead after 15 minutes. Haryana's star man Monu Goyat had a quiet first half which affected the team's performance. At the end of the first half Puneri Paltan enjoyed an eight-point lead with the score 19-11 in their favour. Vikas Kandola made a super raid in the 30th minute as Haryana Steelers cut the deficit to 20-31. Check out the video highlights of the match.

Puneri Paltawere in no mood to surrender any advantage as they pocked tackle and raid points at regular intervals. With just over five minutes left Puneri Paltan led 34-23.

In the last five minutes, Puneri Paltan kept their composure and kept on picking raid and tackle points. Haryana left themselves a mountain to climb and eventually fell short as they crashed to 27-45 defeat.