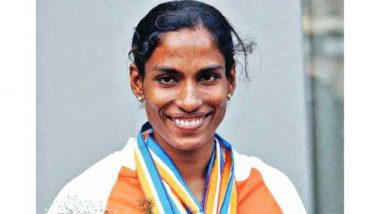 One of India’s most iconic athletes and a queen of track and field, P.T. Usha celebrates her 56th birthday on June 27, 2020 (Saturday). Usha was born to EPM Paithal and TV Lakshmi in 1964 as Pilavullakandi Thekkeparambil Usha. Her family were poor and lived in a small village of Payyoli in Kozhikode, Kerala. P.T. Usha was aspired to become a sprinter but poverty and ill health engulfed her dreams and almost swept it off. But her fate changed in 1976 when she was awarded a Rs 250 scholarship by the Kerala State government which had just started a women’s sports division.

Usha was first noticed by athletics coach OM Nambiar at a sports award ceremony. He was impressed by the youngster’s spirit and started coaching her. Ombiar remained Usha’s coach for her entire career and helped to several achievements, the biggest of them being a fourth-place finish in 400m hurdles at the 1984 Los Angeles Olympics.

Had she clinched a bronze, it would have been India’s first Olympic medal in Track and Field but Usha came fourth and missed out on a medal by 1/100th of a second. As she turns 56, take a look at some lesser-known and interesting facts about P.T. Usha.

(The above story first appeared on LatestLY on Jun 27, 2020 08:15 AM IST. For more news and updates on politics, world, sports, entertainment and lifestyle, log on to our website latestly.com).