The global cryptocurrency market entered its worst phase ever on Tuesday, with Bitcoin dropping below $30,000 per coin and leaving millions of investors in a panic mode. 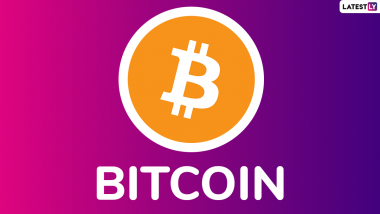 Bitcoin was more than 55 per cent down since its all-time high of $69,000 in November last year. Other digital coins also suffered double-digit-percentage drops, led by Cardano (20 per cent), Solana (16 per cent), XRP (13 per cent), BNB (16 per cent), and Ethereum (10 per cent), Decrypt reported.

If you're scared of this #Bitcoin drop then just remember there's a boomer out there retiring next week watching his 401k evaporate. pic.twitter.com/qNLahHu0UF

Experts said that rising interest rates, along with weakening economic activity, has created a risk-off environment. Terraform Labs (TFL), the organisation behind UST, cryptocurrency LUNA, and Luna Foundation Guard (LFG) emptied its treasury wallet of all of its bitcoin (about 42,530 bitcoin) or $1.3 billion.

The UST stablecoin lost its 1:1 dollar peg ratio for the second time in the past three days and dropped as much as 5.3 per cent to 95 cents on Monday, reports TechCrunch.

The decline can be attributed to nervousness over the US Federal Reserve's determination to tackle inflation. The Fed last week announced an interest rate increase of 50 basis points.

In what could further dampen the mood of crypto investors in the country, the goods and services tax (GST) council in India is also mulling a 28 per cent tax on cryptocurrencies, at par with the current GST on casinos, betting and lottery.

Bitcoin accounts for about a third of the cryptocurrency market with nearly $650 billion in value. Bitcoin investors are likely to lose up to $545 million this year, owing to various reasons like forgetting passwords to their wallets or making a mistake in recording their "seed phrases", according to a new report. A seed phrase is a series of words generated by your cryptocurrency wallet that give you access to the crypto associated with that wallet.

(The above story first appeared on LatestLY on May 10, 2022 11:07 AM IST. For more news and updates on politics, world, sports, entertainment and lifestyle, log on to our website latestly.com).