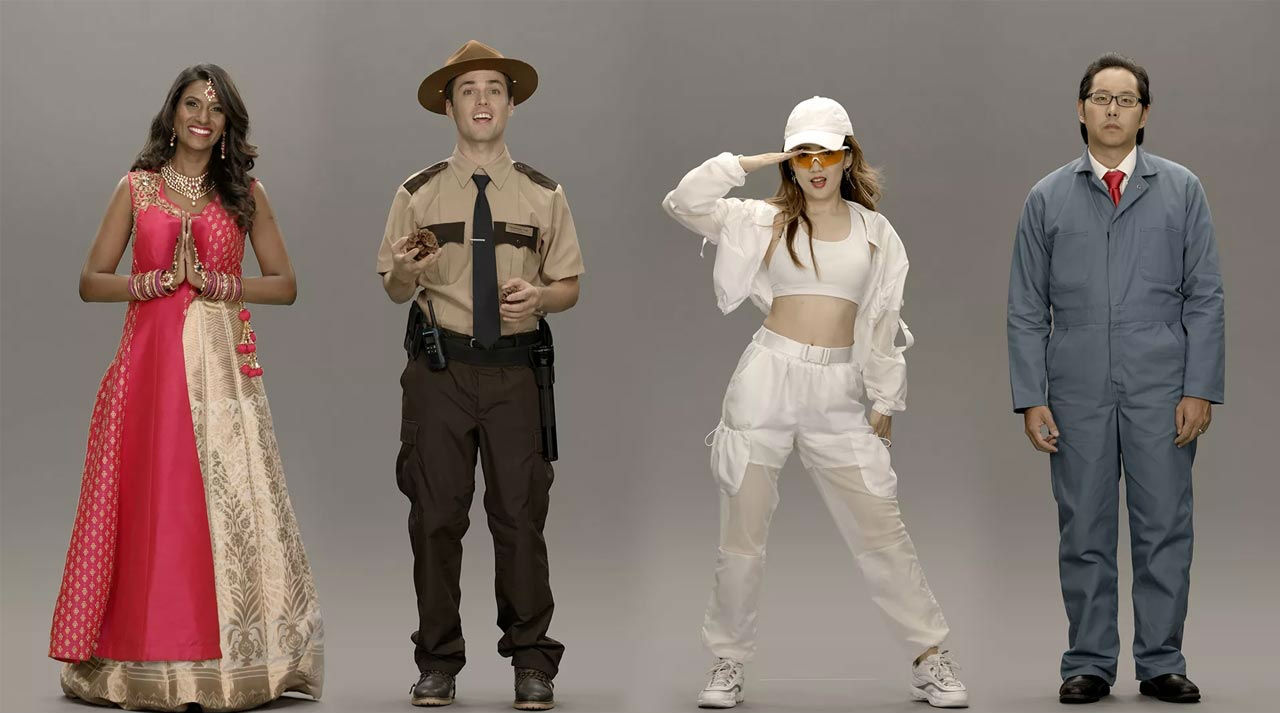 Get ready to meet your digital avatar. (Photo Credits: IANS)

Las Vegas, January 7: A Samsung lab on Tuesday unveiled a digital avatar it described as an AI-powered "artificial human," claiming it is able to "converse and sympathise" like real people. The announcement at the opening of the 2020 Consumer Electronics Show in Las Vegas touted a new kind of artificial intelligence called NEON, produced by the independent Samsung unit Star Labs. But some industry experts questioned the lack of detail provided by Samsung on the underlying technology. Samsung Unveils New QLED 8K Smart TV at CES 2020 in Las Vegas.

"As far as we can tell, there's no mystery here at all. NEON is just digital avatars - computer-animated human likenesses about as deserving of the 'artificial human' moniker as Siri," said the specialised tech website, The Verge. "Don't worry about any 'AI android uprising' - these aren't the artificial humans you're looking for," it added.

According to the California-based unit of the South Korean giant, the technology allows for the creation of customised digital beings that can appear on displays or video games and could be designed to be "TV anchors, spokespeople, or movie actors" or even "companions and friends." "NEONs will be our friends, collaborators and companions, continually learning, evolving and forming memories from their interactions," said Pranav Mistry, chief executive of the lab. Samsung Galaxy Chromebook with 4K AMOLED Screen Unveiled at CES 2020.

VIDEO: The head of Samsung Consumer Electronics unveils #Ballie, a spherical personal assistant robot, during his keynote address at the CES 2020 in Las Vegas #CES2020 pic.twitter.com/rpYz3CGLgE

The NEON creators said the new virtual humans are the product of advances in technologies including neural networks and computational reality. According to Star Labs, NEON is inspired "by the rhythmic complexities of nature and extensively trained with how humans look, behave and interact." The avatars "create life-like reality that is beyond normal perception to distinguish, with latency of less than a few milliseconds."

While digital avatars have long been able to be programmed for specific tasks such as role players in games, NEON goes further by enabling interactions that can incorporate human emotion. Although the artificial humans may borrow features from real people, "each NEON has his or her own unique personality and can show new expressions, movements, and dialogs," the company said.

The announcement comes amid a proliferation of AI-manipulated computer videos known as "deepfakes," and growing concerns about how they could be used to deceive or manipulate. Some analysts fear these fakes could be misused during an election campaign to exacerbate political tensions.

Jack Gold, analyst at J. Gold Associates, said Samsung may be ahead of the pack if it can develop avatars that can show emotions and expressions.

"We have to wait and see what this means," Gold said. "But it has major implications for many fields like customer service, help desk functions, entertainment, and of course could also be used to 'fake' a human interacting with a live person for bad or illegal purposes." Avi Greengart of the consultancy Techsponential said the avatars could be realistic but also "creepy."

"Leaving aside how impressive the technology is, will NEON be used in ways that people like, just tolerate, or actively hate?" he said. According to Samsung and Star Labs, NEON offers avatars with lifelike reality "that is beyond normal perception to distinguish."

"NEONs will integrate with our world and serve as new links to a better future, a world where 'humans are humans' and 'machines are humane.'" The laboratory was launched in 2019 by Mistry, who had previously been a senior Samsung vice president and head of innovation at Samsung Mobile. He was known for developing Sixth Sense, a gesture-based wearable technology system built at the Massachusetts Institute of Technology. The India-born Mistry also worked on projects with Microsoft and Google and the National Aeronautics and Space Administration.