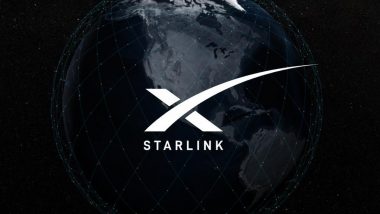 "We're in talks with several of the airlines," Jonathan Hofeller, SpaceX's VP of Starlink and commercial sales, was quoted as saying at the Connected Aviation Intelligence Summit on Wednesday. "We have our own aviation product in development... we've already done some demonstrations to date, and looking to get that product finalised to be put on aircraft in the very near future," he added.

Hofeller said the design for SpaceX's airline antennas will be very similar to the technology inside its consumer terminals, but "with obvious enhancements for aviation connectivity", the report said.

The aviation hardware will be designed and built by SpaceX, he noted. The airborne antennas could link with ground stations to communicate with Starlink satellites. Last year, SpaceX filed plans to test Starlink on five Gulfstream jets. And in March, it sought US Federal Communications Commission approval to use Starlink with vehicles that receive a signal, including cars, trucks, ships and aircraft.

The company currently promises speeds between 50 and 150 Mbps for the Starlink project that plans to deliver high-speed internet through a network of about 12,000 satellites. The company has already put over 1,200 of its Starlink satellites in orbit. SpaceX is currently offering the beta version of Starlink on pre-orders in India for a fully refundable deposit of $99.

(The above story first appeared on LatestLY on Jun 10, 2021 10:29 PM IST. For more news and updates on politics, world, sports, entertainment and lifestyle, log on to our website latestly.com).