Sam Bankman-Fried (SBF), founder of bankrupt crypto exchange FTX and trading house Alameda Research, "froze up in the face of pressure" as his company collapsed, bringing its collateral down to $8 billion from $60 billion. 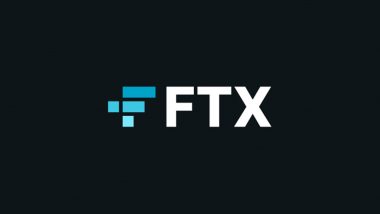 San Francisco, November 23 : Sam Bankman-Fried (SBF), founder of bankrupt crypto exchange FTX and trading house Alameda Research, "froze up in the face of pressure" as his company collapsed, bringing its collateral down to $8 billion from $60 billion. In a letter to FTX employees, accessed by CoinDesk, the former CEO apologised to them, saying he is "deeply sorry about what happened".

"I didn't mean for any of this to happen, and I would give anything to be able to go back and do things over again. You were my family," he wrote in the letter.

"I've lost that, and our old home is an empty warehouse of monitors. When I turn around, there's no one left to talk to," SBF added. FTX CEO Sam Bankman-Fried Pocketed $300 Million After Big Funding Raise in 2021: Report.

According to Bankman-Fried, FTX had around $60 billion in collateral and $2 billion in liabilities this spring, but a market crash meant the collateral's value was halved.

"I froze up in the face of pressure and leaks and the Binance (letter of intent to purchase FTX) and said nothing," he said. FTX filed for bankruptcy due to "an extreme amount of coordinated pressure", which Bankman-Fried said he agreed to "reluctantly." Hong Kong-Based Crypto Exchange AAX Suspends Withdrawals Amid FTX Collapse.

According to an earlier report in The Wall Street Journal, the beleaguered crypto exchange secured $420 million in October 2021. Bankman-Fried pocketed $300 million after a big funding raise last year, the report claimed.

"Nearly three-quarters of the money, $300 million, went instead to FTX founder Sam Bankman-Fried, who sold some of his personal stake in the company," the report mentioned, citing FTX financial records and sources.

A court filing in the US concerning FTX has revealed a crypto empire that was massively mismanaged and possibly fraudulent -- a "complete failure of corporate controls".

(The above story first appeared on LatestLY on Nov 23, 2022 06:02 PM IST. For more news and updates on politics, world, sports, entertainment and lifestyle, log on to our website latestly.com).