Google Maps Rolls Out Toll Prices in India, the US, Japan & Indonesia

Google on Wednesday said it is rolling out toll prices on Maps in India, the US, Japan and Indonesia that will help users make the choice between toll roads and regular roads. 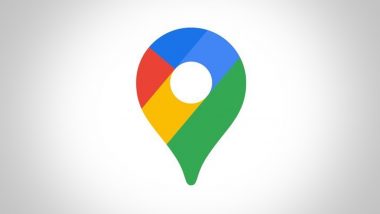 New Delhi: Google on Wednesday said it is rolling out toll prices on Maps in India, the US, Japan and Indonesia that will help users make the choice between toll roads and regular roads. With this new update, users can now find the estimated toll price to their destination even before the trip starts with toll pricing information from local tolling authorities. Google Maps Now Lets Users in India Save, Share Home Address With Plus Codes. 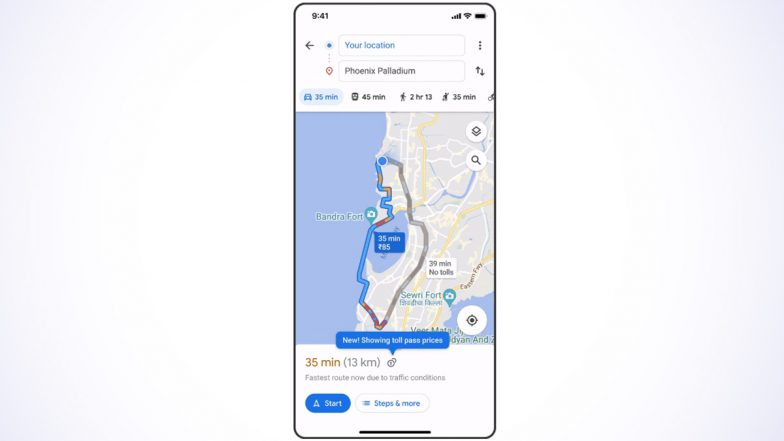 Toll prices will be rolling out on Android and iOS this month for nearly 2,000 toll roads in India, the US, Japan and Indonesia -- with more countries coming soon, said the company.

"Google Maps will estimate the total toll price to your destination based on factors like the cost of using a toll pass or other payment methods, the day of the week, and how much the toll is expected to cost at the specific time the user will be crossing it," it said.

New updates are coming to your map 😎 See toll prices, traffic lights, and get around more easily on iOS.

For those looking to explore alternative routes, Google Maps will continue to provide the option of a toll-free route, where available, alongside options with tolls.

"A simple tap on the three dots at the top right corner of the directions in Google Maps will let users select the route options and 'avoid tolls', if they wish to avoid toll routes completely," the company said.

In addition, Google has also released new updates for iOS users to make Google Maps easier to use on an Apple Watch or iPhone. The new updates include a new pinned trip widget, direct navigation from the Apple Watch, and Google Maps integration into Siri and the shortcuts app.

The new pinned trip widget will help people access trips they have pinned in their Go Tab right from the iOS home screen -- making it even easier to get directions. In addition, Apple Watch users will soon be able to get directions on Google Maps directly from their Watch. Google Maps is also integrating directly into iOS Spotlight, Siri, and the Shortcuts app.

(The above story first appeared on LatestLY on Apr 06, 2022 10:09 AM IST. For more news and updates on politics, world, sports, entertainment and lifestyle, log on to our website latestly.com).