Meet Evantan, Rising His Way to the Top in the World of NFTs and the Whole of the Defi Space

There are a few individuals in this world who realize what their heart truly seeks quite late in their careers, while some others may realize quite early, and hence they start building their endeavours from a very young age. 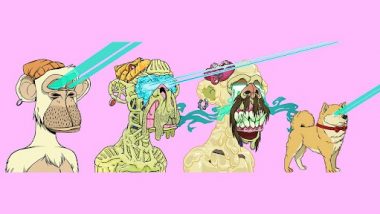 The young NFT proponent and enthusiast is an honorary Bored Ape and has immersed himself in the industry.

There are a few individuals in this world who realize what their heart truly seeks quite late in their careers, while some others may realize quite early, and hence they start building their endeavours from a very young age. Youngsters today are the ones who have been taking over almost all industries across the world, and rightfully so, for the kind of brilliance, intelligence and passion they have shown, walking with the trends of the changing world. The digital financial industry is one among the many that have consistently grown and developed outstandingly, for which these youngsters are to be credited the most. evantan, aka EVXN, is one such young talent in the Defi space who has been contributing heavily to the industry as a true-blue professional and NFT lover.

Evantan says that he always noticed the rapid rise and boom of the digital financial industry and pursued to be a part of the same to contribute his efforts in the industry. That’s what he has been doing today as he has become the CryptoPunk 8053, Genesis CyberKong 655, and is an honorary Bored Ape. He has been in the industry for the last few years and has managed to make his presence felt by the kind of NFTs he has held so far, invested in projects, minting incredible NFTs in his career, gaining massive momentum, and becoming profitable in the industry.

The youngster is all about his madness and love for the NFT world, which he often exudes through the kind of mints he does and the choices he makes in the ever-so-evolving industry. He has a vast collection of NFTs, and some are his long-term HODLs. He also has his collection of raribles, from which other NFT enthusiasts can buy. People can even see some of his works on Foundation.