WhatsApp has introduced a new inline preview for images and stickers in the notification panel itself. 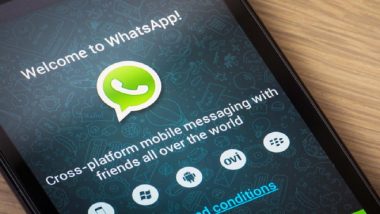 WhatsApp, a Facebook-owned instant messaging application has been introducing back-to-back updates to the platform. Designed to proffer best messaging experience, the company has been introducing new features to the messaging app almost each month. Taking a step ahead, the company has introduced a new format to the platform with inline support for viewing the images and stickers in the notification panel. Twitter Goof up: Twitter’s Third-Party App Bug Shared Users' Direct Messages to Unauthorised Developers. 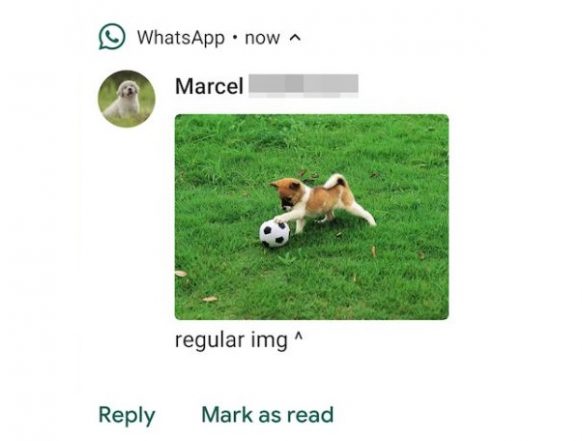 According to the report from AndroidPolice, the new WhatsApp update on Android Pie beta build has been updated with a new format wherein the users can viewing the received images on the notification panel itself. However, WhatsApp has been showing inline photos in notifications for quite some time now. However, the Android Pie beta build users will bring enlarged format of the received image or sticker. Samsung Galaxy J4+ & Galaxy J6+ Smartphones Launched; Priced in India at Rs 10,990 and Rs 15,990.

This new format will not be compatible with GIFs or videos wherein the users will be notified with either a GIF or Video in the notification bar. It will not show the content even if the notification is expanded. OnePlus 6 Starts Receiving Android Pie 9.0 OS Update Ahead of OnePlus 6T Launch.

As per the report, this new feature on WhatsApp will function for the users when they receive an image in a group chat, though it will be grouped in the images. The new feature is functional on the devices running Android 9.0 Pie and if the user installs an older Android version, the notification image preview will not function.

(The above story first appeared on LatestLY on Sep 22, 2018 04:40 PM IST. For more news and updates on politics, world, sports, entertainment and lifestyle, log on to our website latestly.com).