The first thing you'll notice between the two phones is the display size offered on both the phones. Apart from the screen difference, you will also see big bezels on the top and bottom. 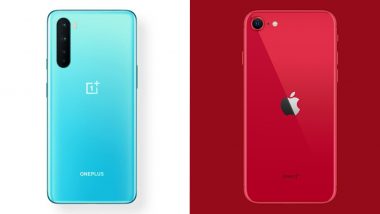 OnePlus has finally introduced the much-talked Nord smartphone in the country with a very competitive price point. OnePlus' Nord series is intended to take the brand to its roots, which is none other than - flagship killer. The mid-range phone gets a starting price of Rs 24,999 for the 6GB + 64GB variant. This affordable phone from the Chinese manufacturer will further intensify the rivalry in the mid-range smartphone space. As Apple is looking make an impact in the segment with its affordable iPhone SE 2020, the Nord could disrupt Apple’s strategy. To give more insight about the same, let's put these mid-range phones against each other to find out which one is a better offering on paper. OnePlus Nord vs OnePlus 8: Prices, Features, Variants & Specifications.

The first thing you'll notice between the two phones is the display size offered on both the phones. Apart from the screen difference, you will also see big bezels on the top and bottom. The OnePlus Nord gets a massive 6.44-inch AMOLED display with 90Hz refresh rate. It gets a resolution of 1080 x 2400 pixels along with a pixel density of 408 pixels per inch and 20:9 aspect ratio. Apple iPhone SE 2020 ships with 4.7-inch IPS LCD screen, which is borrowed from iPhone 7. The screen offers a resolution of 750 x 1334 pixel density,16:9 aspect ratio, and a 60Hz refresh rate. 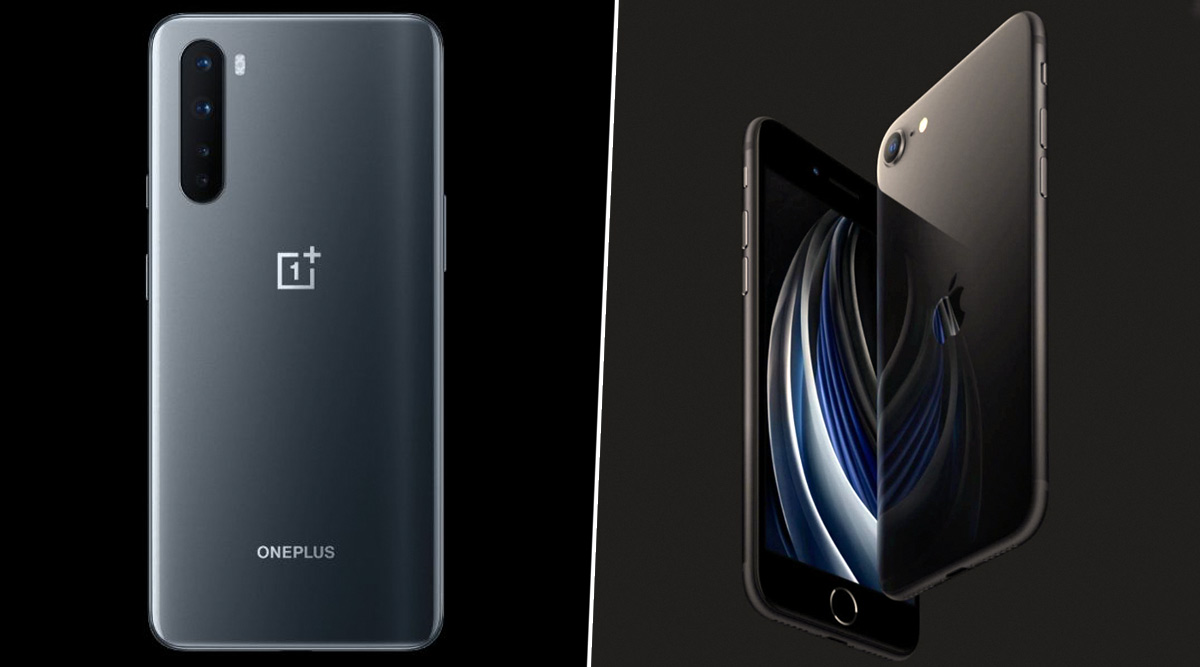 The newly launched Nord smartphone is packed with a new Snapdragon 765G SoC which is a 5G ready. The new chipset used by OnePlus is an upper mid-range processor that is clubbed with up to 12GB of RAM and up to 256GB of onboard storage. The iPhone SE 2020 is powered by Apple’s latest A13 Bionic chipset, which is also seen on the latest generation iPhones. The SoC comes mated with 3GB of RAM and up to 256GB. Notably, the chipset does not support 5G connectivity.

The main difference between the two phones lies in the camera department. The Nord phone packs six cameras (four at the rear and two up front). The phone gets a quad rear camera module comprising a 48MP primary snapper along with an 8MP ultra-wide-angle lens, a 5MP depth sensor and a 2MP macro lens. At the front, there is a 32MP selfie camera assisted by an 8MP ultra-wide lens. On the other hand, iPhone SE 2020 gets a single 12MP rear camera, while the front snapper is a 7MP shooter. 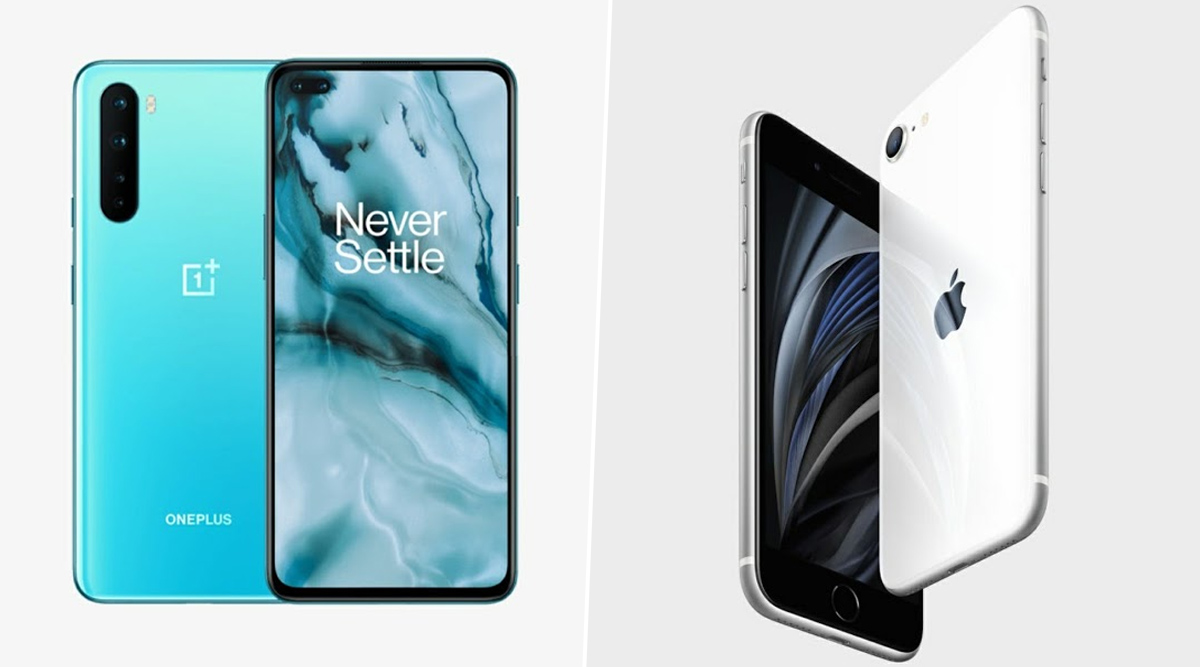 OnePlus Nord is backed by a 4115 mAh battery with 30W Warp Charge fast charging technology. The company claims that the phone can be charged up to 70 percent in just 30 minutes only. However, the company hasn't specified time taken to fully charged the phone. The OnePlus Nord is offered in two colours - Onyx Grey and Marble Blue. The Apple iPhone SE 2020 gets a smaller 1821 mAh battery supporting 18W regular charging. The company is also offering wireless charging on the phone. The iPhone SE 2020 is available in three shades - Black, White & Red.

(The above story first appeared on LatestLY on Jul 22, 2020 12:45 PM IST. For more news and updates on politics, world, sports, entertainment and lifestyle, log on to our website latestly.com).