Realme India will announce the prices of the Narzo 30 4G and Narzo 30 5G phones next week. Ahead of the scheduled launch, a microsite is now live on Flipkart marketplace revealing specifications and other features of these phones. 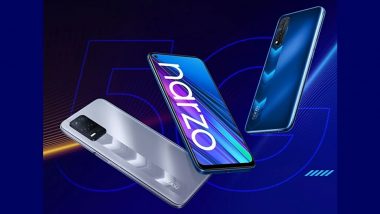 The Chinese phone brand Realme is all set to host a virtual launch event on June 24, 2021. The phone maker is expected to make some huge announcements during the event. The company will announce the prices of the Narzo 30 4G and Narzo 30 5G phones in India next week. Apart from this, the company will also launch a 32-inch FHD TV and RealmeBuds Q2 at the event. Ahead of the scheduled launch, a microsite is now live on Flipkart marketplace revealing specifications and other features. Realme GT 5G Smartphone With Snapdragon 888 SoC Launched Globally.

The Chinese smartphone maker had launched Narzo 30 4G in the Malaysian market last month, while Narzo 30 5G is already on sale in the European market. It's important to note that the Narzo 30 5G phone is basically a rebranded version of the Realme 8 5G. 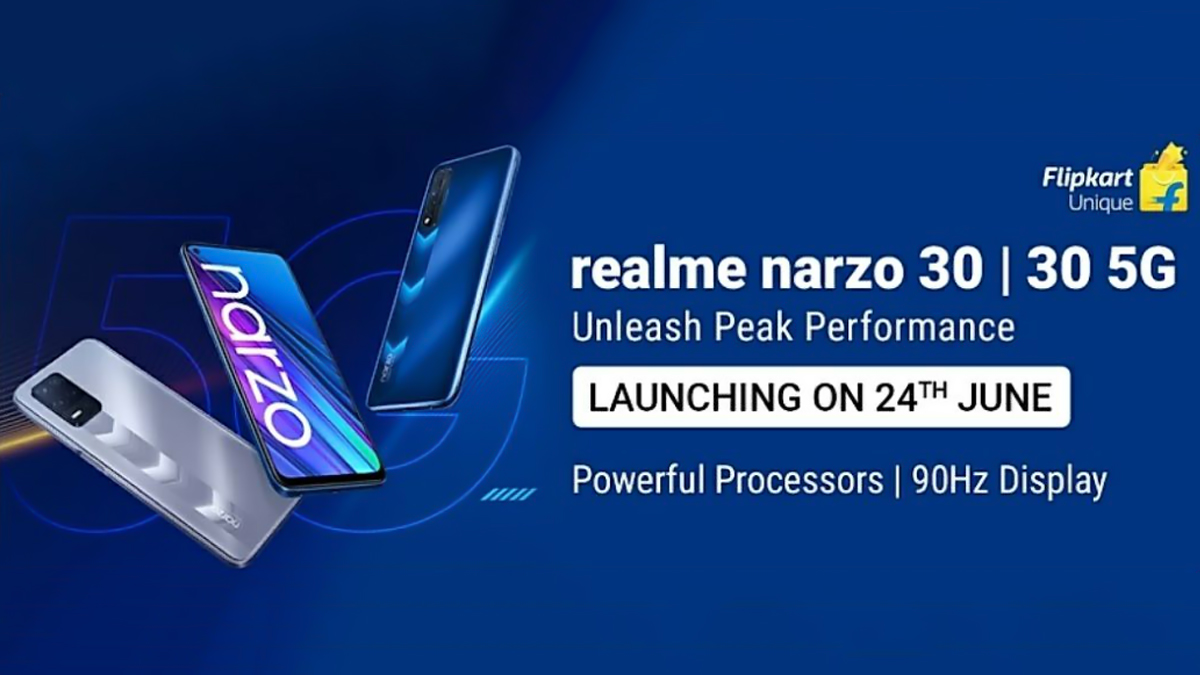 The Narzo 30 4G phone will sport a 6.5-inch IPS LCD screen with FHD+ with a resolution of 1080×2400 pixels and a 90Hz refresh rate. Under the hood, there will be an octa-core Helio G95 SoC, paired with 6GB of RAM and 128GB of internal storage. The handset will run on Android 11 out of the box. Realme X9 Reportedly Spotted on Official India Website, Expected To Be Launched Soon.

For photography, there will be a triple rear camera module, which will comprise a 48MP primary main camera, a 2MP macro camera, and a 2MP B&W lens. The front camera could be a 16MP snapper for video calls and selfies. It will be backed by a 5000mAh battery with 30W fast charging support.

The #Narzobyrealme series is all about unleashing your inner Young Player.

The Realme Narzo 30 5G, on the other hand, is a rebranded Realme 8 5G handset that is already on sale in Europe. It is likely to sport a 6.5-inch IPS LCD FHD+ display with a 90Hz refresh rate. Under the hood, there could be a Dimensity 700 chipset from MediaTek. The Europe-spec variant comes with 4GB of RAM and 128GB of storage. However, the India-spec Narzo 30 5G model could get different configurations, presumably 6GB of RAM and 128GB of onboard storage. Other specifications of the phone such as 48MP triple-cameras and 5000mAh battery might remain the same. 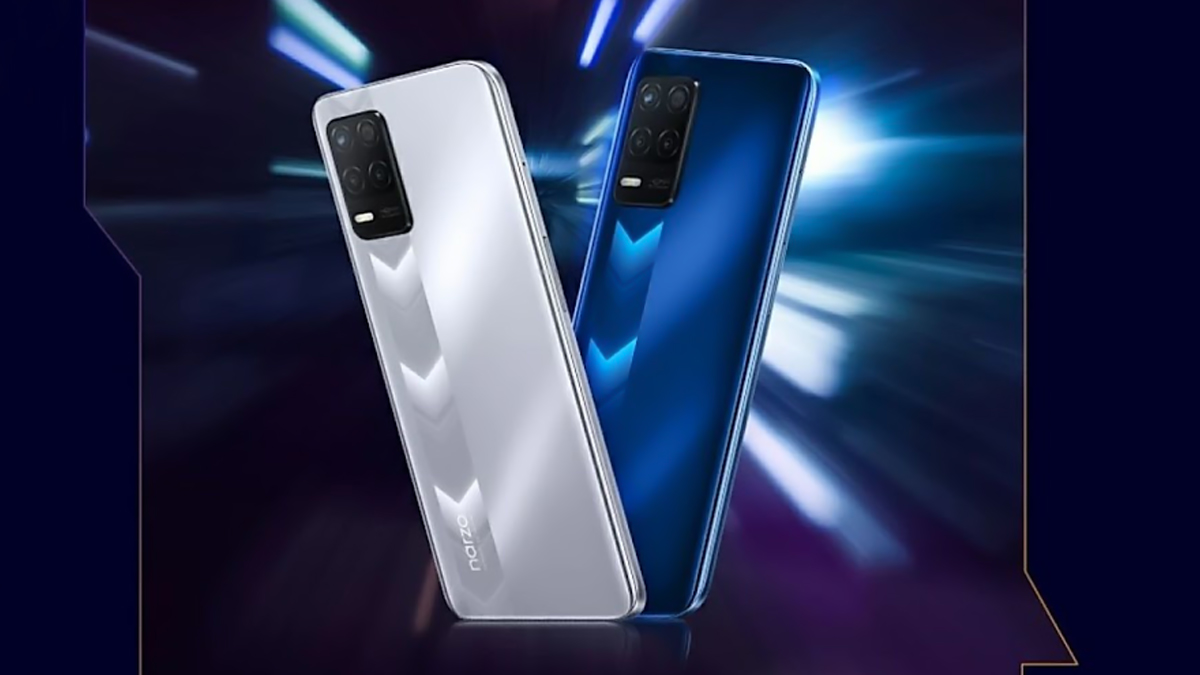 (The above story first appeared on LatestLY on Jun 18, 2021 08:20 PM IST. For more news and updates on politics, world, sports, entertainment and lifestyle, log on to our website latestly.com).