Last week, a report had revealed September 19, 2021, as the launch date of the Samsung Galaxy M52 smartphone in India. Now, a new tweet from Samsung India has teased the device confirming its launch date. 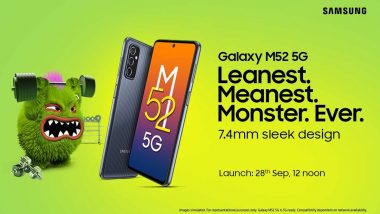 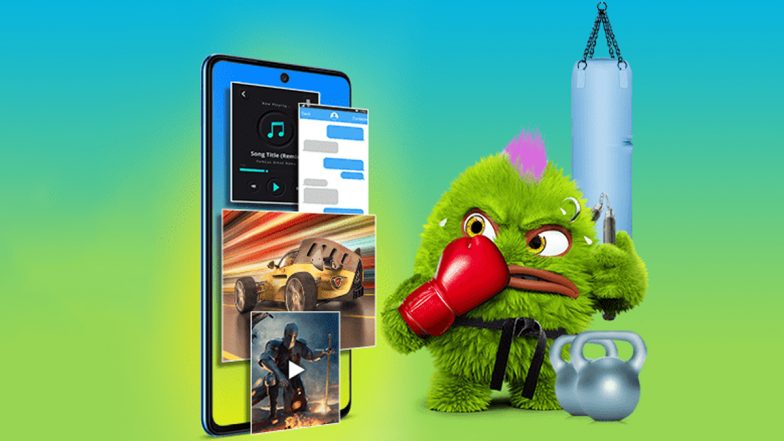 In terms of specifications, the Galaxy M52 5G device will sport triple rear cameras, a punch-hole display and a side-mounted fingerprint sensor.

Its time to ditch your bulky old phones people! The #LeanestMeanestMonsterEver has finally appeared on the scene and this time it’s 21% sleeker and 100% on fleek. So, flaunt your style with a 7.4mm super slim monster and turn ‘em heads like never before. pic.twitter.com/n5OOpHFAGr

As per a new report, the handset was spotted on a Poland retail website which revealed its key specifications. The smartphone was spotted with a 6.7-inch FHD+ Infinity-O display with a resolution of 2400x1080 pixels. It will come powered by Qualcomm Snapdragon 778G SoC coupled with 8GB of RAM.

For photography, it will get a 64MP main camera, a 12MP ultra-wide-angle lens and a 5MP macro snapper. At the front, there will be a 32MP for selfies and video calls. Connectivity options might include 4G LTE, Wi-Fi, Bluetooth, and a USB Type-C port. The device is likely to come packed with a 5,000mAh battery. Samsung Galaxy M52 5G was also spotted on Poland's retailer website with a price tag of PLN 1,749 (approximately Rs 32,900) for the 8GB + 128GB variant.

(The above story first appeared on LatestLY on Sep 20, 2021 02:11 PM IST. For more news and updates on politics, world, sports, entertainment and lifestyle, log on to our website latestly.com).