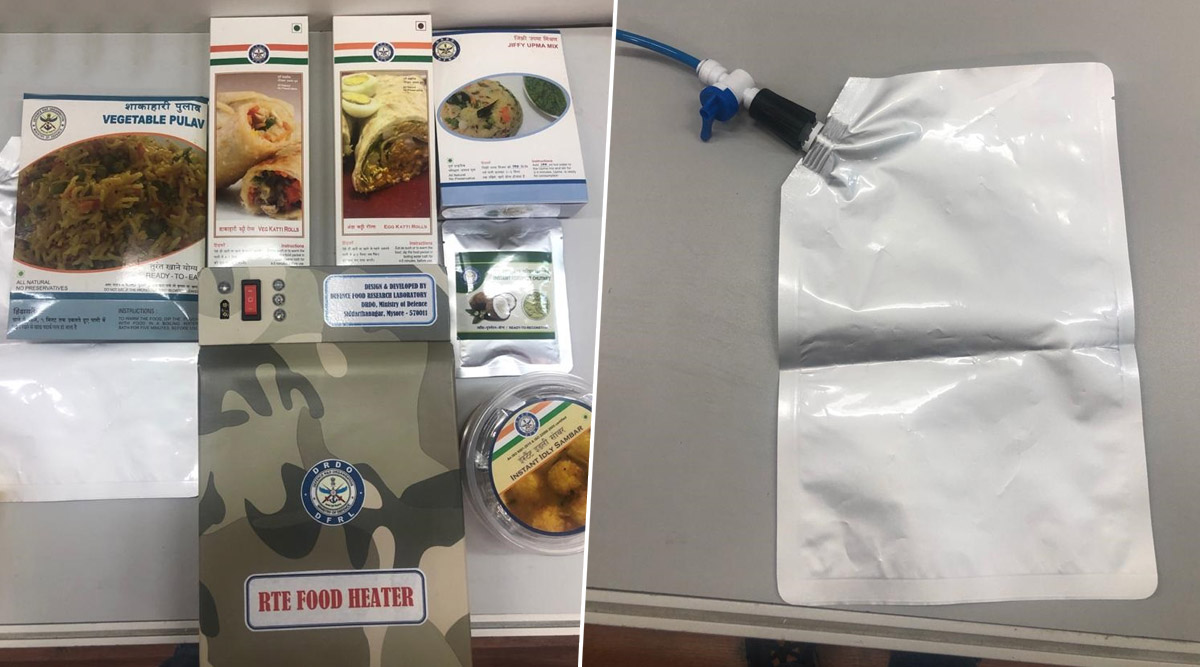 New Delhi, January 7: The four ace pilots of the Indian Air Force (IAF) who have been selected for India's first manned mission to space 'Gaganyaan' will have a good time relishing Idli, Moong dal halwa, veg rolls in space. DRDO's Defence Food Research Laboratory in Mysore has prepared delicious items for the four Indian astronauts which they will carry with them to space. Several food items including egg rolls, veg rolls, idli, moong dal halwa and veg pulav have been prepared exclusively for them. According to a tweet by ANI, these astronauts will also be provided with food heaters to heat the food items.

Also, to help astronauts drink fluids, including water and juices in space where there is no gravity, special containers have also been developed for Mission Gaganyaan. Four ace pilots were selected for the mission around the earth's orbit by 2022 after undergoing medical tests at the Indian Aviation Medicine of the IAF in Bengaluru. Gaganyaan Astronauts to Relish on Idli, Egg Rolls & Moong Dal Halwa, Twitterati Hail DRDO's Achievement But Not Without Posting Funny Memes and Jokes on Their Food Menu.

Take a Look at the  food items For Indian Astronauts:

For the Indian astronauts scheduled to go into Space in Mission Gaganyan, food items including Egg rolls, Veg rolls, Idli, Moong dal halwa and Veg pulav have been prepared by the Defence Food Research Laboratory, Mysore. Food heaters would also be provided to them. pic.twitter.com/gDgt9BJpb2

To help astronauts drink liquids including water and juices in Space where there is no gravity, special containers have also been developed for Mission Gaganyan. https://t.co/TWCaEMjYL7 pic.twitter.com/Ar6C1vXwRA

ISRO Chairman K Sivan had stated that three of them will go into space to orbit around the earth for a week and conduct experiments in micro-gravity and bio-science. The Defence Research and Development Organisation (DRDO), India's premier defence research organisation, will provide critical technologies for India's first manned mission to space, set to be undertaken before the 75th year of Independence.

In September, the DRDO had signed MoUs with the Indian Space Research Organisation (ISRO) to offer technologies for the mission, including space food, survival kits for crew, radiation protection equipment and parachutes.