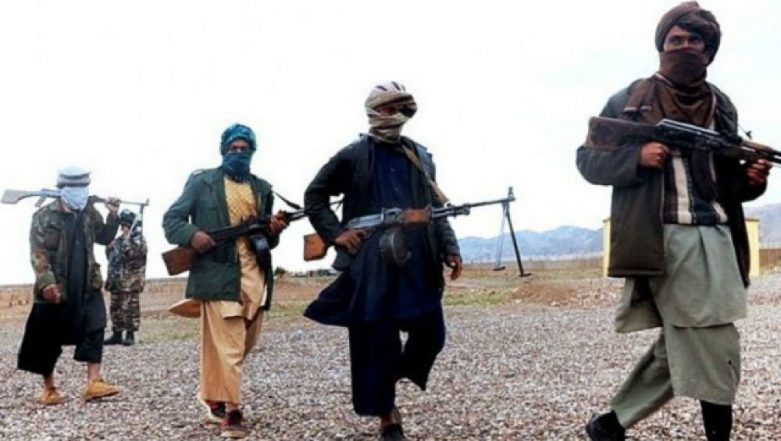 Kabul, July 13: At least 10 persons were killed after a group of Taliban fighters stormed a hotel in Afghanistan's Badghis province on Saturday, leading to a gunfight with the security forces, an official said.

Three attackers entered the hotel in Qala-e-Naw at around 12.40 p.m., TOLO News quoted Interior Ministry spokesman Nusrat Rahimi as saying. While two attackers were killed, eight security personnel lost their lives and seven others were wounded in the gunfight, he said, adding that the numbers may rise. US Says Latest Taliban Talks ‘Most Productive’ So Far.

The spokesperson said that a number of civilians may also have been affected in the attack. The Taliban has claimed responsibility for the attack.