"Together with an outside cybersecurity firm, the Company is conducting an investigation into the circumstances of the activity to determine its nature, scope, duration and impacts," said News Corp. 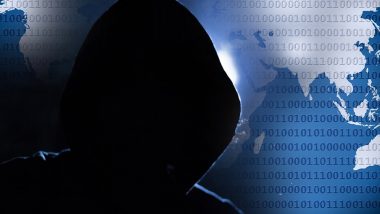 San Francisco, February 5: The Rupert Murdoch-founded News Corp has confirmed that its media outlets Wall Street Journal, New York Post and Dow Jones were hit by a cyberattack by a "foreign government" and some data was also stolen.

In its filings to the US Securities Exchange Commission (SEC), News Corp that owns Wall Street Journal, New York Post and Dow Jones etc explained that the cyber-attack took place at some point in January.

"Together with an outside cybersecurity firm, the Company is conducting an investigation into the circumstances of the activity to determine its nature, scope, duration and impacts," said News Corp. Microsoft Azure Cloud Stops Biggest Ever Distributed Denial of Service Cyber Attack in History.

"The Company's preliminary analysis indicates that foreign government involvement may be associated with this activity, and that data was taken," it added. In 2013, the Wall Street Journal was hacked along with the the New York Times by attackers allegedly from China.

News Corp has sent a letter about the attack to employees at the WSJ, the Dow Jones, the New York Post, the company's UK news outlet and the News Corp headquarters, ZDNet reported late on Friday.

"To the Company's knowledge, its systems housing customer and financial data were not affected. The Company is remediating the issue, and to date has not experienced any related interruptions to its business operations or systems. Based on its investigation to date, the Company believes the activity is contained," News Corp said in its US SEC.

"At this time, the Company is unable to estimate the expenses it will incur in connection with its investigation and remediation efforts."

News Corp is one of the most powerful news conglomerates in the world, controlling outlets in several countries including the Sun, Barron's, The Australian, The Times Market Watch and Realtor.com.

(The above story first appeared on LatestLY on Feb 05, 2022 01:28 PM IST. For more news and updates on politics, world, sports, entertainment and lifestyle, log on to our website latestly.com).