Donald Trump Thanks PM Modi for Hydroxychloroquine Export to US, Says 'Your Leadership Helping Humanity' in Fight Against COVID-19 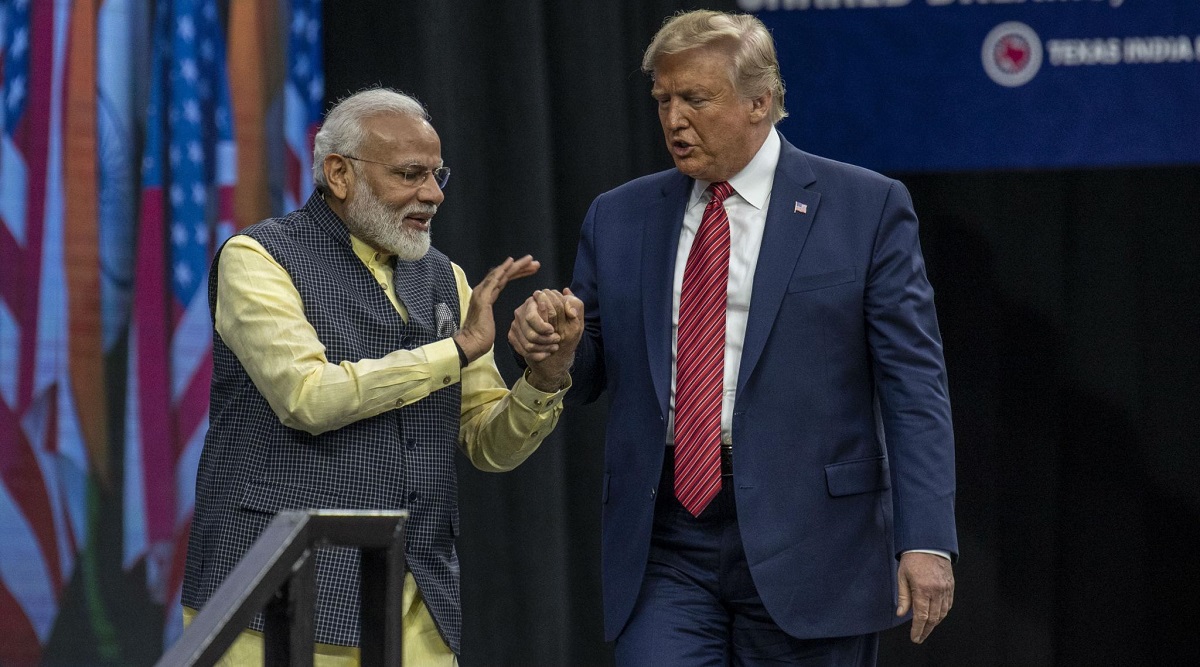 Washington, April 8: United States President Donald Trump on Wednesday expressed gratitude to Prime Minister Narendra Modi for approving the export of hydroxychloroquine to the US. In a statement issued on Twitter, Trump credited Modi for displaying exemplary leadership by taking a decision in interest of the "humanity" amid the battle against COVID-19. New York Hits New Coronavirus Peak With 779 Deaths But Curve Flattening, Says Governor Andrew Cuomo.

Trump had, on Monday, threatened India with "retaliation" if the Modi government did not approve his request to allow the export of HCQ or hydroxychloroquine. The stern warning from the US President, at a press briefing, came a day after he had a telephonic conversation with the Indian PM over the issue.

India on Tuesday decided to remove HCQ from the list of pharmaceutical products whose exports were halted in wake of the coronavirus outbreak in the nation. The Indian Ministry of Health, however, issued a statement that there will be no domestic shortage of the crucial drug.

Extraordinary times require even closer cooperation between friends. Thank you India and the Indian people for the decision on HCQ. Will not be forgotten! Thank you Prime Minister @NarendraModi for your strong leadership in helping not just India, but humanity, in this fight!

"Extraordinary times require even closer cooperation between friends. Thank you India and the Indian people for the decision on HCQ. Will not be forgotten! Thank you Prime Minister @NarendraModi for your strong leadership in helping not just India, but humanity, in this fight! (sic)," Trump said on Twitter.

The Indian Ministry of External Affairs (MEA), in a statement issued on Tuesday, did not directly condemn Trump for threatening India with retaliations but stressed that the global exports of pharmaceuticals should not be politicised.

“We have seen some attempts by sections of the media to create unnecessary controversy over the issue of Covid-19 related drugs and pharmaceuticals. Like any responsible government, our first obligation is to ensure that there are adequate stocks of medicines for the requirement of our own people. In order to ensure this, some temporary steps were taken to restrict exports of a number of pharmaceutical products," said MEA spokesperson Anurag Srivastava.

Hydroxychloroquine, an anti-malarial drug, is considered crucial by the US Food and Drug Administration (FDA) in the fight against coronavirus. According to Trump, the drug will prove to be a "game-changer" in the battle against COVID-19. The Indian Council of Medical Research (ICMR) has also allowed medical practitioners to use the drug in treating certain cases of coronavirus. The medical body, however, said it should not be considered as a cure for the disease.