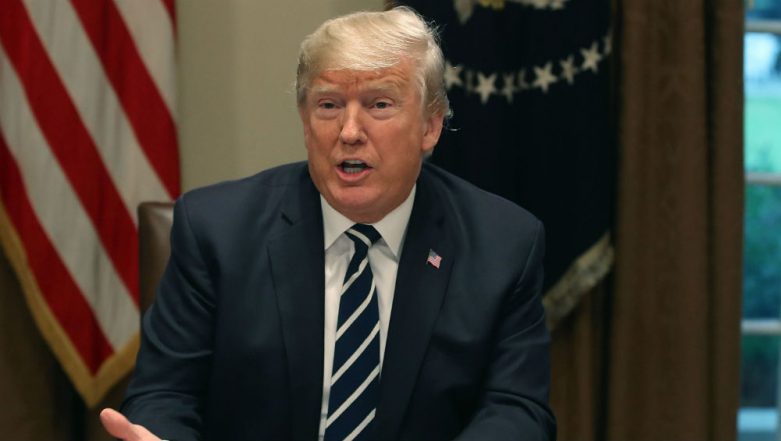 Washington, May 10: US President Trump plans to nominate acting Defence Secretary Patrick Shanahan to formally take over the top spot at the Pentagon, officials said. Shanahan, a 56-year-old former longtime executive at aerospace giant Boeing, needs Senate confirmation for the post earlier held by James Mattis. Shanahan had ascended to the acting role of Defence Secretary in the wake of Mattis' resignation in December "over differences with the President".

"Based upon his outstanding service to the country and his demonstrated ability, President Trump intends to nominate Patrick M. Shanahan to be the Secretary of Defence," White House Press Secretary Sarah Huckabee Sanders tweeted on Thursday.

"Acting Secretary Shanahan has served in high profile positions, including the Deputy Secretary of Defence and Vice President of Supply Chain and Operations at Boeing ... he has proven over the last several months that he is beyond qualified to lead the Department of Defence and he will continue to do an excellent job," she said.

The move comes as the Trump administration is grappling with increasing tensions in a number of high-profile hot spots around the globe, from Iran to Venezuela to China, the Hill magazine reported. Shanahan had no prior experience either in the military or in foreign policy before he became the deputy Defence Secretary in 2017.

Mattis, on the other hand, was a revered Marine with a military career of four decades. He was known for his battlefield prowess and kinship with rank-and-file service members.

"I am honoured by the announcement of President Trump's intent to nominate," Shanahan said in a statement. "If confirmed by the Senate, I will continue the aggressive implementation of our National Defence Strategy."

"I remain committed to modernizing the force so our remarkable soldiers, sailors, airmen and marines have everything they need to keep our military lethal and our country safe."