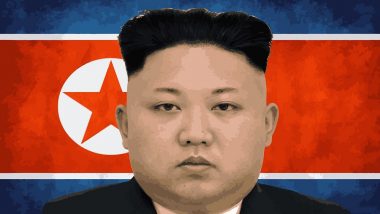 Seoul, May 1: A North Korean defector who has now become a lawmaker in South Korea recently said he is 99 percent sure that "Kim Jong Un is dead and his sister Kim Yo Jong will take over the reins". According to a report in Mirror.co.uk, Ji Seong-ho said he was informed that Kim Jong Un died last weekend after undergoing a cardiovascular operation. He also said that he believes Pyongyang may announce Kim's demise this weekend. Is Kim Jong Un Dead or Alive? Here's What Reports Say About Health Condition of North Korea's Supreme Leader.

"I've wondered how long he could have endured after cardiovascular surgery. I've been informed that Kim died last weekend," Ji told Yonhap News Agency. "It is not 100 percent certain, but I can say the possibility is 99 percent," he added. According to Ji Seong-ho, North Korea is holding the new of Kim Jong Un's death because it is "grappling with a complicated succession issue". Kim hasn't been seen in public since April 11. Kim Jong Un Death Hoax: Is North Korea's Supreme Leader Dead? Photoshopped Image of Kim Jong Il's Funeral Goes Viral.

The deaths of Pyongyang's only two previous leaders - Kim's grandfather Kim Il-sung, the country's founder, and father Kim Jong-il - were announced by state media two days after they had died. According to Japanese media, Kim Jong Un is in a "vegetative state". A Hong Kong-backed news channel's vice director, who's apparently the niece of a Chinese foreign minister, said Kim is dead.

While there are disputed reports about Kim Jong Un's health condition, South Korea has said that it had not seen any unusual development. Last month, the US media had reported that the North Korean leader was gravely ill following heart surgery. North Korea's state media is putting out reports on Kim sending diplomatic letters and receiving replies but did not release reports or photos featuring his public activity.

(The above story first appeared on LatestLY on May 01, 2020 03:47 PM IST. For more news and updates on politics, world, sports, entertainment and lifestyle, log on to our website latestly.com).