The Pakistan Tehreek-e-Insaf (PTI) had on Monday proposed the name of the former Chief Justice for the caretaker Prime Minister's slot. 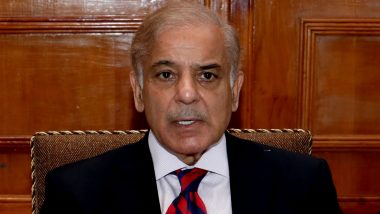 The Pakistan Tehreek-e-Insaf (PTI) had on Monday proposed the name of the former Chief Justice for the caretaker Prime Minister's slot. COVID-19 XE Variant: Here's All You Need To Know About New Omicron Variant XE.

It is pertinent to mention that the President had written a letter to Imran and Shehbaz Sharif in this regard.

Alvi and former federal ministers discussed legal issues related to the appointment of a caretaker Prime Minister following the dissolution of the National Assembly on April 3 on Imran Khan's advice, Express Tribune reported.

The discussion took place during a high-level meeting held at the Presidency. The meeting was chaired by the President and was attended by Attorney General Khalid Jawed Khan, and former federal ministers Babar Awan, Fawad Chaudhry, Imtiaz Siddiqui, Asad Umar, Shafqat Mahmood and Pervez Khattak.

Sources privy to the development said that the President wants to keep the way open for consultation with the Opposition. Sharif is considering sending two names in response to the letter, they added.

(The above story first appeared on LatestLY on Apr 06, 2022 08:40 PM IST. For more news and updates on politics, world, sports, entertainment and lifestyle, log on to our website latestly.com).