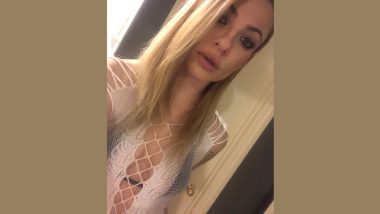 Sky was found dead in her car in the Devonshire area of the San Fernando Valley. She had been living in the vehicle. Dave Peteque, a detective at Los Angeles Police Department or LAPD, said the case appears to be a suicide. "There's no evidence at this time that there's any foul play," he told Adult Video News. The Los Angeles County Department of Medical Examiner-Coroner is yet to submit the autopsy report. Ex-Porn Star Lana Rhoades Received Pros and Cons' List of Dating Her from Ex Mike Majlak and Fans Are Confused.

(The above story first appeared on LatestLY on Jul 17, 2021 12:28 PM IST. For more news and updates on politics, world, sports, entertainment and lifestyle, log on to our website latestly.com).