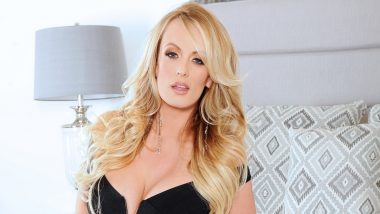 Daniels claims she had intimate relationship with Trump between 2006 and 2007. According to her, Trump's former longtime lawyer, Michael Cohen, paid her $130,000 as part of an alleged hush deal prior to the 2016 US presidential election. Cohen had admitted facilitating a $130,000 payment to Daniels but denied that the actress had sex with Trump.

Daniels had filed a lawsuit, seeking to invalidate the $130,000 agreement that kept her from speaking publicly about her allegations of an affair with Trump ahead of the 2016 election. However, US District Judge James Otero had dismissed the suit. Meanwhile, reports said the prosecutors are investigating whether the Trump Organization artificially inflated the value of its properties to both lenders and insurers.

The investigators will also focus on whether the company offered its employees benefits, rather than higher salaries, in an attempt to dodge taxes. Trump has denied having an affair with Daniels and has termed the ongoing proceedings as "a continuation of the greatest Witch Hunt in American history."

(The above story first appeared on LatestLY on Jun 08, 2021 12:44 PM IST. For more news and updates on politics, world, sports, entertainment and lifestyle, log on to our website latestly.com).