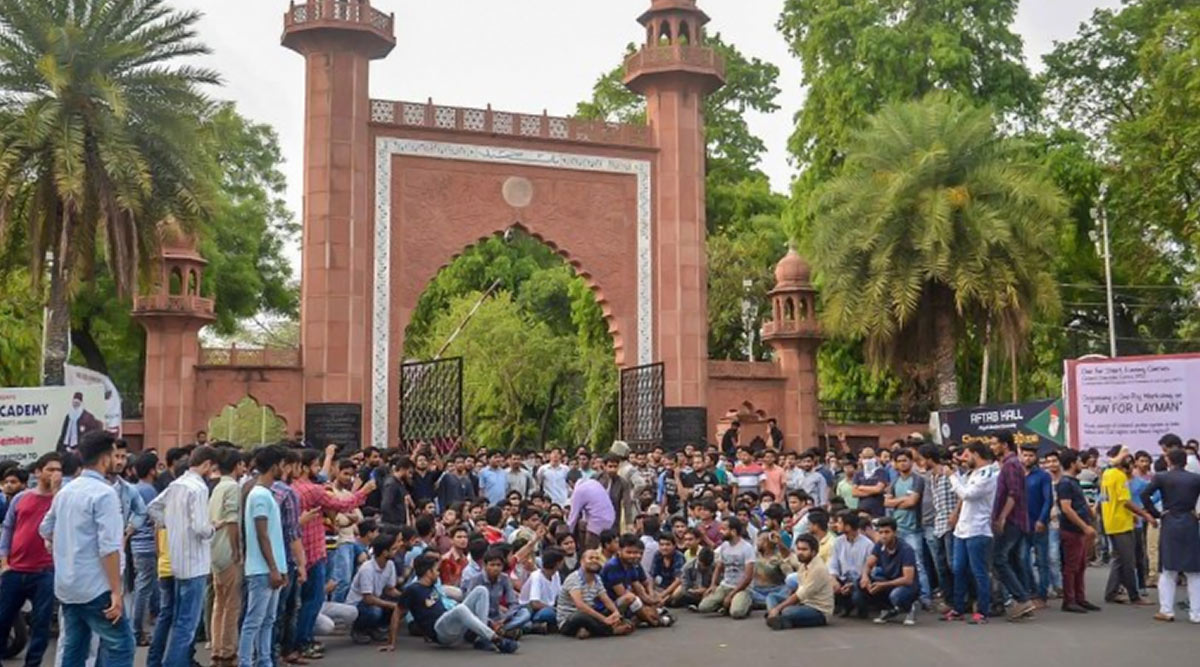 Aligarh, January 15: The Aligarh Muslim University (AMU) on Wednesday postponed all varsity examinations and said new dates will be announced soon. "All examinations of the University have been postponed.

New dates will be announced soon," the varsity PRO Omar Saleem Peerzada said in a statement. On December 15, clashes broke out between the police and students protesting against the amended citizenship law. The police fired tear gas shells outside the AMU after stones were pelted on them. Anti-CAA Stir: 21 Arrested in Connection with Clash Following Violent Protest at AMU.

Protests have been held in different parts of the country against the CAA which grant citizenship to people from minority communities fleeing religious persecution from Pakistan, Afghanistan, and Bangladesh.