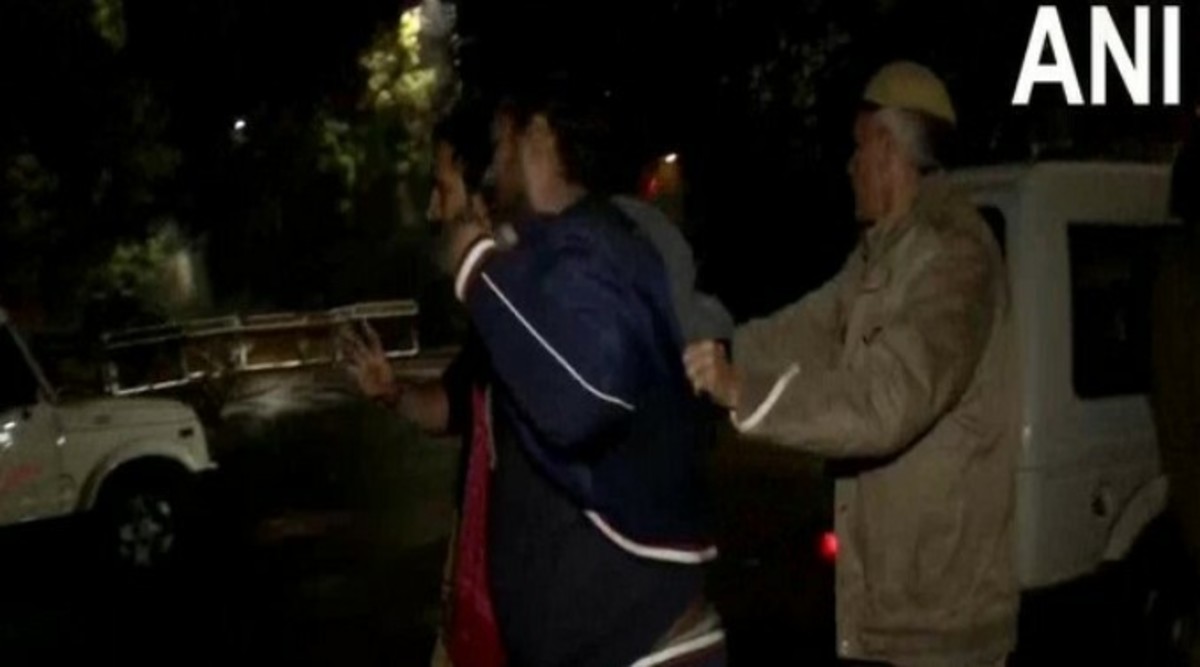 New Delhi, February 26: Delhi Police on Wednesday dispersed the crowd of people, who had gathered outside Chief Minister Arvind Kejriwal's residence, on the intervening night of Tuesday and Wednesday demanding action against perpetrators of Delhi violence and seeking restoration of peace. Police personnel were seen dispersing protestors who gathered outside Kejriwal's residence on Tuesday midnight. Delhi High Court, In Midnight Hearing on Violence, Asks Police to Ensure Safe Passage Of Injured To Hospitals.

Alumni Association of Jamia Millia Islamia (AAJMI) and Jamia Coordination Committee (JCC) had organised a demonstration outside Kejriwal's residence. They all gheraoed Kejriwal's residence. Appealing to Kejriwal to take action against the violence in affected areas in North-East Delhi, protestors who called themselves concerned citizens, asked the chief minister to personally visit affected areas with local MLAs and organise peace marches to de-escalate tensions.

They also urged the chief minister to inform citizens about steps taken by the Delhi government and allow all rescue operations to reach hospitals from the affected areas. They further appealed to identify perpetrators of violence and take action against them. Delhi on Edge: HM Amit Shah Chairs 3rd Meeting in 24 Hours as Violence Claims 13 Lives So Far.

Late on Tuesday Kejriwal called an urgent meeting at his residence, of MLAs and officials of the violence-hit areas of North East Delhi, to take stock of the situation and issued instructions to take all necessary steps to restore peace.

National Security Advisor (NSA) Ajit Doval late on Tuesday reached Seelampur area to take stock of the situation and visited violence-hit areas. At least 13 persons have died so far and around 190 are injured in the violence that has been raging in North-East Delhi from Monday. (ANI)