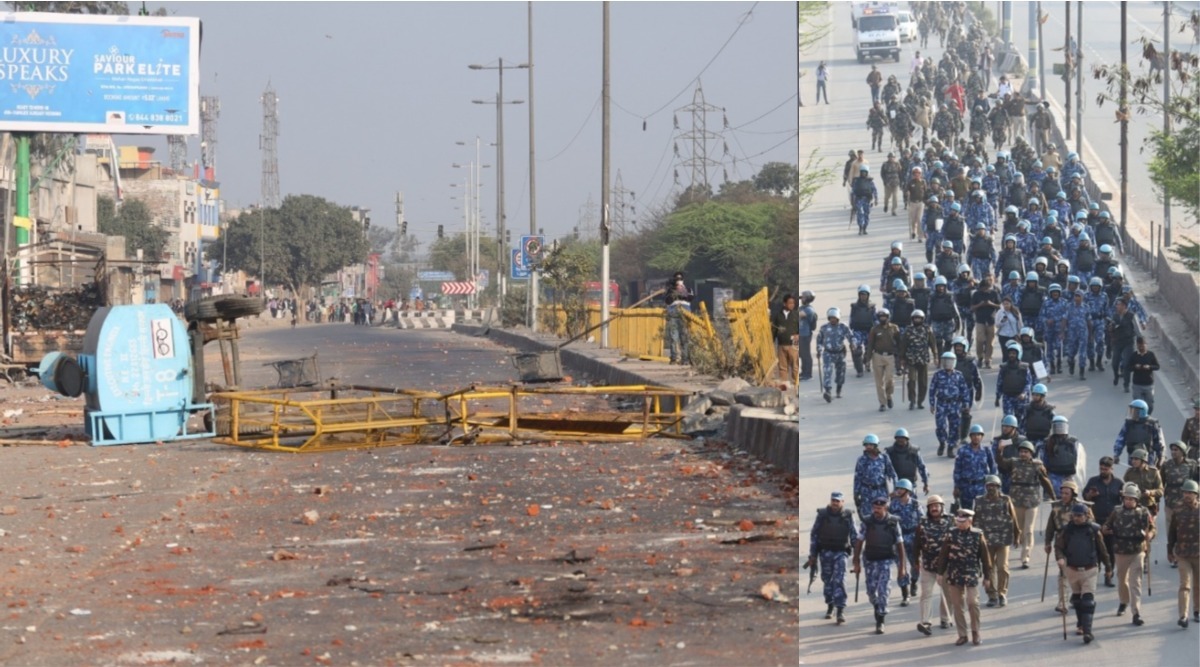 New Delhi, February 25: The national capital continues to remain on the edge with communal riots ensuing the northeastern part of the city for a second consecutive day. The death toll climbed to 13 on Tuesday, with over 150 civilians and 56 police personnel left injured. As tensions continue to mount, Union Home Minister Amit Shah chaired the third high-level meeting over the situation in Delhi. Delhi Violence: Jaffrabad Road Cleared of Anti-CAA Protesters, 'Shoot at Sight' Orders Issued by Police.

The meeting held on Tuesday night was the third chaired by Shah in the last 24 hours. Senior members of the Home Minister, along with newly appointed Special Commissioner of Police SN Srivastava were present in the meeting, which lasted for nearly three hours, an official of the Ministry of Home Affairs (MHA).

The violence intensified in Delhi on the final leg of US President Donald Trump's two-day visit to India. The American Head of State, on being asked by the foreign media over the Citizenship Amendment Act (CAA) - which has triggered the fresh spate of violence in Delhi - said he is hopeful that India would act in the best interest of its citizens.

The Delhi Police, meanwhile, issued "shoot-at-sight" orders later in the night, apart from imposing section 144 in the violence-affected region. The fresh move was aimed at curtailing the assemblage of violent mobs which have ran on a rampage in North East Delhi for the last 48 hours. A statement was also issued by the police department, appealing the residents to maintain peace and harmony.

Chief Minister Arvind Kejriwal and Deputy CM Manish Sisodia visited the GTB Hospital, where maximum among the victims of violence were rushed to over the last couple of days. After visiting the medical facility, Kejriwal issued a fresh appeal on social media, claiming that the clashes have inflicted wounds on members of all communities. "Met with victims of violence being treated at the GTB Hospital and Max Hospital. Hindus, Muslims, policemen - none have escaped unhurt. This madness must end immediately," he said.