Get latest articles and stories on Entertainment at LatestLY. British musician Adele has announced a Las Vegas residency, beginning from January 2022 and titled "Weekends With Adele". 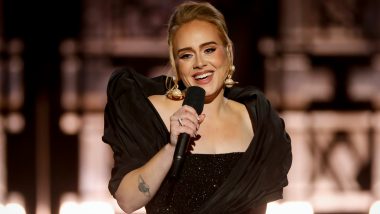 See you at Caesars in Vegasss, Adele wrote in a post on Twitter, announcing the LA residency. The British star will take one weekend off in mid-February.

Tiffany Haddish and Rapper Common Part Their Ways After One Year of Dating.

Adele recently came out with her fourth studio album 30, which became No 1 on the Billboard 200 last week. It is already one of the biggest selling albums of 2021.