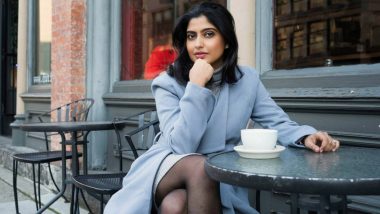 Actor Aliza Vellani has been upped to series regular on the live-action drama series "Sweet Tooth", ahead of its premiere on Netflix. Born in Vancouver to Indian immigrants from East Africa, Vellani plays Rani Singh in the upcoming show. Rani is the warm and loving wife of Dr Singh (Adeel Akhtar), who must find her fortitude to survive in a post-pandemic world, reported Deadline. Stephen King’s Anthology Series Castle Rock Cancelled by Hulu After Two Seasons

Described as a "broad appeal, family-friendly, storybook adventure", the story follows Christian Convery's Gus, a part deer, part boy, who leaves his home in the forest to find the outside world ravaged by a cataclysmic event. "He joins a ragtag family of humans and animal-children hybrids like himself in search of answers about this new world and the mystery behind his hybrid origins," the official plotline of the series reads. Victoria and David Beckham Seal £16M Deal for Upcoming Netflix Documentary Series Which Will Have Unseen Footage of the Star Couple’s Life

The eight-episode series, based on the DC Vertigo comic, also stars Stefania LaVie Owen, Neil Sandilands, Dania Ramirez, and Nonso Anozie. Will Forte stars in a recurring role, with veteran actor James Brolin serving as the narrator. Jim Mickle and Beth Schwartz will pen the script, executive produce and serve as co-showrunners. Mickle will helm the series.