Mary Mara who was best known for her roles in ER and Law & Order tragically died after she drowned in a river in Cape Vincent. Mary Mara was 61 years old and had acted in many other films and tv shows like The West Wing, Monk, Farscape and more. 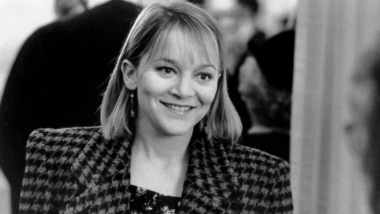 Actor Mary Mara, best known for her roles in ER and Law & Order, died in Cape Vincent, New York on Sunday at the age of 61. Apparently, the cause of her death is drowning. In a report published Monday, the New York State Police confirmed that Mara was discovered in the St. Lawrence River in Cape Vincent around 8:10 p.m. on Sunday by various officers. Law & Order and Spin-off Law & Order: Organized Crime Renewed by NBC for New Seasons.

According to the statement from a representative, Mara was staying at the summer home of her sister Martha. A preliminary investigation suggested Mara died by drowning while swimming. Her body has been transported to Jefferson County Medical Examiner's Office, where an autopsy will be performed to determine an official cause of death, as per Variety.

In a statement to Variety, her manager Craig Dorfman confirmed Mara's death.

"Mary was one of the finest actresses I ever met. I still remember seeing her onstage in 1992 in Mad Forest off Broadway. She was electric, funny and a true individual. Everyone loved her. She will be missed," Dorfman wrote.

Mara was born and raised in Syracuse, New York. before going on to study at San Francisco State University and Yale. She began her film and television career in the 1989 TV movie The Preppie Murder, earning more than 80 screen credits.

Her notable productions include ER, in which she played recurring patient Loretta Sweet, and the police trial film Nash Bridges, in which she starred as Inspector Bryn Carson. Other notable television appearances of her include NYPD Blue, Ally McBeal, Farscape, Law and Order, The West Wing, Monk, Shameless, Ray Donovan, Dexter, and Criminals Minds.

Meanwhile, Mara had made her film debut in 1992 with Love Potion No. 9, and appeared that same year as Billy Crystal's daughter in Mr. Saturday Night.