The study indicates that maintaining a healthy weight and avoiding abdominal obesity may protect against developing heart failure, especially among women who experience late menopause. A woman's body produces less estrogen and progesterone after menopause, changes that can increase the risk for cardiovascular diseases including heart failure. 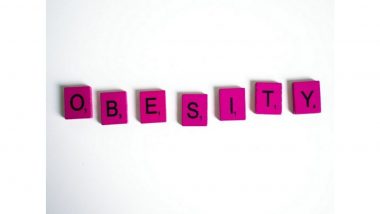 Sacramento, April 16: According to a new study led by the University of California, obesity significantly increases heart failure risk among women who experience late menopause at age 55 or older. The findings of the study were published in the 'Journal of the American Heart Association'.

The study indicates that maintaining a healthy weight and avoiding abdominal obesity may protect against developing heart failure, especially among women who experience late menopause. A woman's body produces less estrogen and progesterone after menopause, changes that can increase the risk for cardiovascular diseases including heart failure.

Menopause typically occurs between the age of 45 and 55, however, the average age for natural menopause has increased by 1.5 years over the past six decades, according to some research. In the National Health and Nutrition Examination Survey (NHANES) 1959-2018 -- surveys providing nationally representative estimates of the United States -- the prevalence of early menopause (before age 45) was 12.6 per cent and late menopause (after age 55) was 14.2 per cent. Obesity Increases Heart Failure Risk Among Women with Late Menopause: Study.

Previous research has found that women who experience early menopause are at heightened risk of heart failure. Heart failure is diagnosed when the heart is unable to pump sufficient blood and oxygen to allow the body organs to function well.

"There is a gap in knowledge about the possible influence of late menopause -- occurring at age 55 or older -- on the incidence of heart failure," according to lead study author Imo A. Ebong, M.D., M.S., an associate professor of medicine in the division of cardiovascular medicine at the University of California Davis, in Sacramento, California.

Investigators analyzed health data for nearly 4,500 postmenopausal women participating in the Atherosclerosis Risk in Communities (ARIC) Study. ARIC is a long-term research project that began enrolling participants in 1987, focused on measuring the associations between known and suspected heart disease risk factors and the development of heart disease among adults in four diverse communities in the United States: Forsyth County, North Carolina; Jackson, Mississippi; the suburbs of Minneapolis; and Washington County, Maryland. Six follow-up visits were completed by 2019.

For this analysis, participants were grouped by how old they were when they entered menopause: younger than 45 years; 45-49 years; 50-54 years; and 55 years and older. The average age of study participants was 63.5 years at the fourth visit. Women with a heart failure diagnosis before the fourth study visit were excluded from the analysis for this study.

In addition, abdominal obesity was noted if waist circumference was 35 inches or more at the navel. The heart failure risk potentially attributed to obesity as measured by BMI or waist circumference was calculated after adjusting for multiple other health and lifestyle risk factors for heart disease, including other conditions such as Type 1 or Type 2 diabetes, hypertension (or high blood pressure), kidney function, inflammation, left ventricular hypertrophy and prior heart attack. During an average follow-up of 16.5 years, about 900 of the women had developed heart failure that resulted in either hospitalization or death.

The analysis found significant connections for menopausal age, BMI and waist circumference and heart failure risk: For every six-point increase in BMI the risk of developing heart failure increased 39 per cent for the women in the menopause-before-age-45 group; 33 per cent for those in the age 45-49 group; and doubled (2.02 times higher) in women in the late menopause group (age 55 or older). Higher BMI was not associated with increased heart failure risk in women who reached menopause between the age of 50-54.

For every 6-inch increase in waist circumference, the risk of developing heart failure almost tripled (2.93 times higher) among the women who entered menopause at age 55 years or older.Waist circumference did not significantly raise the risk of heart failure for women in any of the other menopausal age groups. Poverty, Crime Linked to Differences in Newborns' Brains: Study.

The information from the study may be helpful when screening for heart failure and counselling postmenopausal women about heart failure prevention, according to Ebong.

"A woman's age when she enters menopause is an important factor, and women should share this information with their physicians to guide in estimating their risk of developing heart failure," Ebong said. "Women with early menopause should be informed of their increased risk and counselled to adopt a healthy lifestyle and behavioural changes. Women with late menopause should be particularly counselled to maintain healthy body weight and prevent obesity to decrease their risk of future heart failure." The current study is limited because it did not include enough women to analyze separately for different types of heart failure.