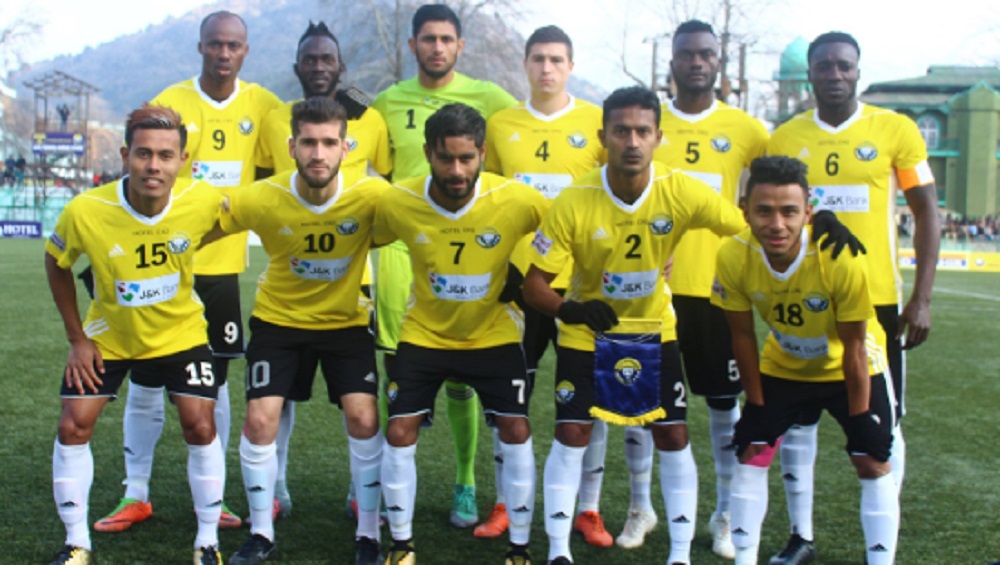 New Delhi, December 9: The upcoming two games of Real Kashmir FC in the ongoing I-League have been cancelled due to poor weather conditions prevalent in Srinagar. Real Kashmir were scheduled to face Gokulam FC and Churchill Brothers on Thursday and Sunday at the TRC Polo Synthetic Turf Ground in the city. However, now these two matches stand cancelled as the Srinagar airport is "inoperative" at the moment due to "poor weather conditions".

The Srinagar-based football club started their campaign in the ongoing competition with a 1-1 draw against East Bengal at the Kalyani Municipality Stadium in West Bengal last week. In that game, Gnohere Krizo scored for Real Kashmir while Marcos De La Espada scored for East Bengal. Real Kashmir FC’s Campaign Showcases Love for Football in the Valley, Watch Video.

In last season, Real Kashmir had defied odds to finish a remarkable third with 37 points from 20 games. Gokulam had reached Bengaluru airport but their connecting flight to Srinagar got cancelled. The team will return to Kozhikode and will prepare for the next match against Mohun Bagan on December 16.