The woman has been identified as Rajwati Devi. 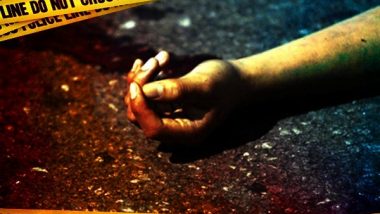 New Delhi, June 13: Police on Sunday informed that a 65-year-old woman was found allegedly murdered, with her throat slit, at her house in Delhi's Burari area. The woman has been identified as Rajwati Devi.

According to police, the son reported that he and his wife were not at their home when the incident took place. They saw the body of the victim they returned around 10 pm, a senior police officer said. Delhi: 65-Year-Old Woman Found Found Dead With Throat Slits in Burari Area.

"After the murder, the assailants also tried to set fire to the house. The deceased has been identified as 65 years old Rajwati Devi," said police.

A case of murder has been registered and three teams have been formed to nab the accused, the officer added.