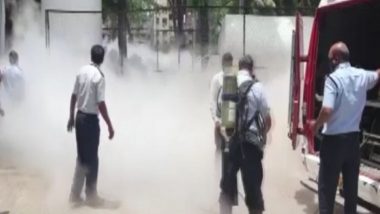 "Death toll rises to 24. There was no negligence by the Corporation. A high-level committee has been set up to probe the incident," said Kulkarni.

Maharashtra Health Minister Rajesh Tope said that the situation is under control now.

Maharashtra Food and Drug Administration (FDA) Minister Rajendra Shingane said, "It is an unfortunate incident. We are trying to get a detailed report. We have ordered an enquiry as well. Anyone found responsible will not be spared."

According to a statement issued by the Chief Minister's Office, a high-level inquiry has been ordered to probe the Nashik incident. "The corona-crisis has plunged the country into a vicious cycle. Overall, there is a heterogeneous battle going on against Corona, where there is no oxygen, where there are no medicines, where there are no beds. Due to this, patients are dying," Thackeray said.