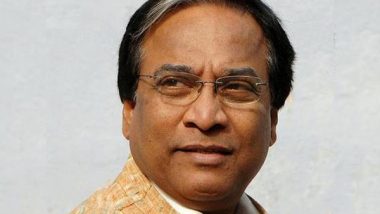 "This is a huge contradiction. She is a member of parliament. She is a lawmaker and she is not obeying the provisions. The law should take its own course. Even in parliament, she said that her marital status is 'married'," Majumdar said. TMC Leaders Nusrat Jahan Ruhi, Mimi Chakraborty Visit CM Mamata Banerjee at Kolkata's SSKM Hospital.

He referred to her remarks on Wednesday about her separation from businessman Nikhil Jain in which she said the question of divorce does not arise as the "ceremony" was never valid under Indian law. Majumdar said the MP is now saying she is not married.

Nusrat Jahan had said in a statement that being in a foreign land, as per Turkish Marriage Regulation, her marriage ceremony is invalid. "Since it was an inter-faith marriage, it requires validation under Special Marriage Act in India, which did not happen. As per the court of law, it is not a marriage, but a relationship or a live-in relationship. Thus, the question of divorce does not arise," she said.

The Basirhat MP also said that the alleged marriage is not legal, valid, and tenable and thus, was not a marriage at all in the eyes of the law. The actor-turned-politician went on to say that her visit to any place, for business or for the purpose of leisure, should not concern anyone from whom she has separated. All her expenses have always been borne by her contrary to claims by "someone", she said.

Nusrat Jahan, after getting elected from Basirhat, had taken her name in Parliament as "Nusrat Jahan Ruhi Jain".