Get latest articles and stories on India at LatestLY.Sharp vigil, effective surveillance, public cooperation, source-based intelligence and sensitization of field officials for better enforcement have resulted in a gradual increase in registration in the number of drug trafficking-related cases in the country, Ministry of Home Affairs (MHA) has told the Lok Sabha. 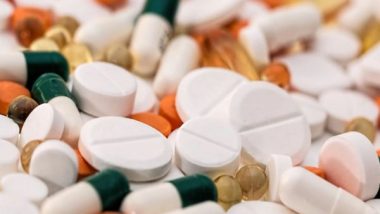 New Delhi [India], July 22 (ANI) Sharp vigil, effective surveillance, public cooperation, source-based intelligence and sensitization of field officials for better enforcement have resulted in a gradual increase in registration in the number of drug trafficking-related cases in the country, Ministry of Home Affairs (MHA) has told the Lok Sabha.

Citing the latest NCRB report of 2019, Minister of State for Home Nityanand Rai said in a written reply that there were 57,867 cases of drugs seizure in the country in which 74,620 persons (including foreigners) were arrested during 2019 as compared to 49,450 cases registered during 2018, showing an increase of 17 per cent.

He said National Crime Records Bureau (NCRB) compiles the data on crimes, as reported by states and Union Territories and publishes the same in its annual publication 'Crime in India'.

The Minister said that the Central government has taken various steps for the prevention of drug trafficking in the country.

For coordination among various central and state agencies, Rai said Narco Coordination Centre (NCORD) mechanism was set up by the MHA in 2016."This NCORD system has been restructured into a four-tier scheme up to district level by MHA on July 29, 2019 for better coordination."

For monitoring the investigation of large seizure cases, the Minister said, a Joint Coordination Committee (JCC) with Director General Narcotics Control Bureau (NCB) as its chairman was set up by the Central government on July 19, 2019.

For digitization of pan-India drug seizure data, Rai said, the MHA launched an e-portal called 'SIMS' (Seizure Information Management System) in 2019 for all the drug law enforcement agencies under the mandate of Narcotics Drugs and Psychotropic Substances Act, 1985.

"Financial assistance under the scheme 'Assistance to States for Narcotics Control' is provided by MHA to eligible states for strengthening their narcotic units," said the Minister.

The minister said that illicit cultivation is addressed through use of satellite imagery and subsequent destruction of such crops in coordination with states. "As a part of international cooperation, India has signed 26 bilateral agreements, 15 Memoranda of Understanding and two agreements on security cooperation with different countries for combating illicit trafficking of NDPS and Chemical Precursors as well as related offences."