He said the police had received information about a camp that was held for over 500 people on April 24, adding that all such inoculation events where the beneficiaries did not receive certificates will be checked starting from April 24. 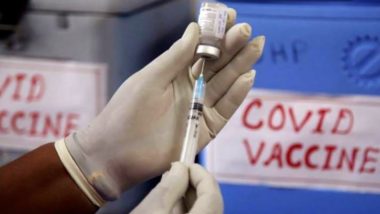 Mumbai, June 25: The Mumbai police has formed a special investigation team to probe a fake COVID-19 vaccination camp racket that took place in several places in the metropolis, leading to the arrest of ten persons, a senior official said on Friday.

The police investigation has also found that the so-called COVID-19 vaccine doses administered to the victims contained saline water, he added. A total of Rs 12.40 lakh, which was taken as vaccine cost and camp fees by the organisers, has been recovered along with a car, the official added.

"Prima facie, the probe has found the accused gave doses containing saline water. Some of the victims had complained about vaccine vials used in the camps having broken seals. Considering the danger in which the accused put people at these camps, we have slapped section 308, which is for attempt to culpable homicide not amounting to murder, apart from other IPC provisions," said Vishwas Nangre Patil, Joint Commissioner of Police (Law and Order). COVID-19 Vaccine Makes Vaccinated Person Detectable Via Bluetooth? Fake Claim Goes Viral, Here's the Truth.

The Joint CP, addressing a press conference, said at least nine such camps were held in Mumbai between May 25 and June 6, and seven cases have been registered at various police stations here so far.

He said the police had received information about a camp that was held for over 500 people on April 24, adding that all such inoculation events where the beneficiaries did not receive certificates will be checked starting from April 24.

"So far, the police has recorded the statement of at least 200 people, and have recovered 114 duplicate certificates which were uploaded on CoWin app. The accounts of main accused Mahendra Pratap Singh, who owns an event management firm, and Manish Tripathi, who has a nursing institute, have been frozen. Singh's firm was actively involved in organizing such camps and it was manned by students from Tripathi's institute," the Joint CP informed. COVID-19 Vaccines Don’t Cause Infertility, Says Health Ministry.

He said the vaccine vials were provided by Shivam Hospital in Charkop in Kandivali, and Dr Shivraj Pataria and Neeta Pataria have been arrested in this connection.