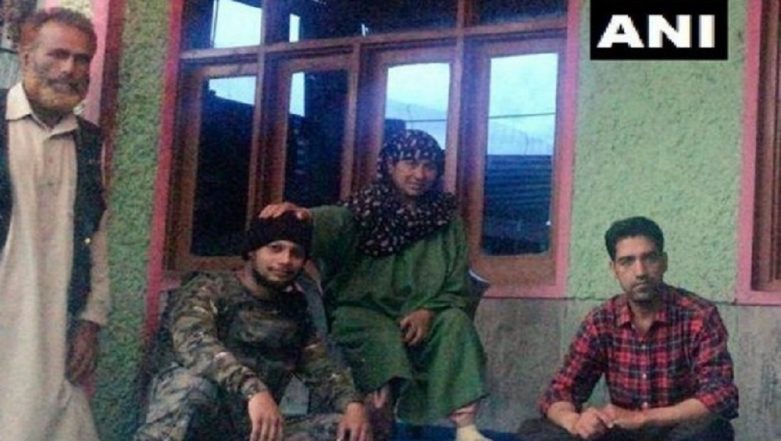 Bandipora, June 20: The Indian Navy's MARCOS officials on Wednesday rescued mother-daughter duo after their boat loaded with domestic items capsized in the Wular lake in Jammu and Kashmir's Bandipora district.

According to officials, the boat was en route to Sopore. The rescued were identified as Rafiqa Begum and her daughter Laali. As soon as the incident was reported, the two MARCOS divers swung into action and rescued the mother and daughter safely. Indian Navy Marine Commando Rescues Mother-Daughter Duo from Kashmir's Wular lake.

Locals have applauded marine commandos for taking immediate action. Begum also thanked and praised commandos for their brave attempt. MARCOS is the special forces unit of the Indian Navy, which was created to conduct special rescue operations in a maritime environment.