According to Variety, set in an indeterminate period in the past, the film tells the story of the arrival a small girl who brings ominous predictions and strange incidents to a poor family living in a forest. 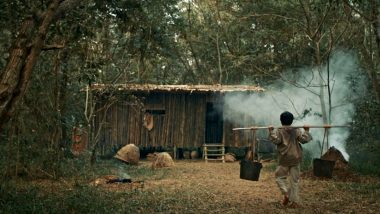 Malaysia has selected art-house horror film 'Soul' (aka 'Roh') as its contender in the Academy Awards best international feature film section. According to Variety, set in an indeterminate period in the past, the film tells the story of the arrival a small girl who brings ominous predictions and strange incidents to a poor family living in a forest. The selection was made by a special committee arranged by the National Film Development Corporation (FINAS) and was announced on Wednesday. Oscar-Winning Filmmaker John Ridley to Write and Direct a Paranormal-Thriller For Blumhouse

"The selection went through a detailed evaluation process based on filming criteria like direction, storyline, cinematography, screenplay, acting, music score, artistic elements and editing apart from adhering to the rules set by the organizers of the Oscars," it said. The first feature by Emir Ezwan, the film had its world premiere at the Singapore International Film Festival and then the Jogja-Netpac Asian Film Festival, both this time last year. Moon Knight: Marvel Studios Ropes In Mohamed Diab to Direct Oscar Isaac’s Disney+ Hotstar Series

In summer 2020, it also played as part of the Fear East Film Festival in Udine, Italy. Previously, Ezwan had directed the short film RM10 in 2016 and supervised the special effects for Namron's 'Crossroads: One Two Jaga' in 2018. As reported by Variety, the film makes use of only six characters, three children and three adults, and works from a minimal budget, but makes necessity the mother of an inventive plot and clever delivery.

"The skillful and careful execution in the staging, composition, editing and excellent photography, elevates the story to a level of contemporary cinema that places 'Soul' in a different category from any of its Malaysian contemporaries seen for years," wrote Udine festival consultant Paolo Bertolin. "It is not only the discovery of a major directing talent, but also a gamble that has paid off for Kuman Pictures."

The film was produced by Elise Shick, Shizreen Saleh and Amir Muhammad. The cast includes Farah Ahmad, Mhia Farhana, Harith Haziq, June Lojong, Namron, and Putri Qaseh as the little girl. Malaysia has intermittently submitted films for Oscars consideration since 2004. To date, none have been nominated.