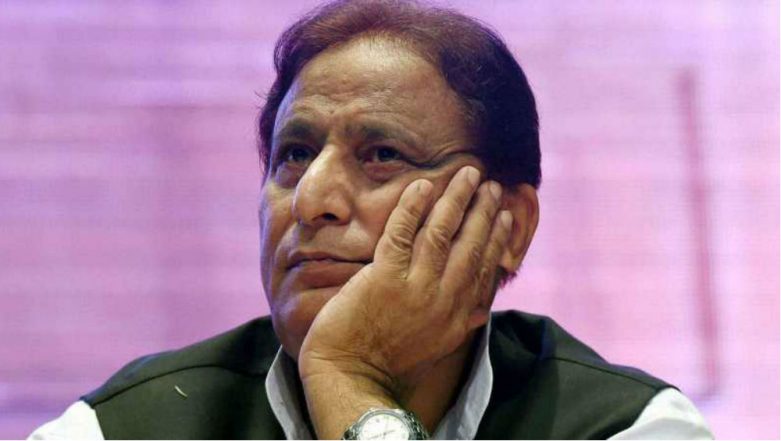 The police have also filed a charge sheet against the lawmaker's son -- Abdullah Azam Khan -- for his 'khaki underwear' remark directed towards BJP leader Jaya Prada. Earlier on July 27, the police had charge-sheeted Khan in connection with the similar remark on the actor-turned-politician. Mayawati Slams Azam Khan For Sexist Remark on BJP MP Rama Devi, Calls It 'Against Dignity of Women'.

In April, Khan, in a public rally, had said, "I brought her (Jaya Prada) to Rampur. You are a witness that I did not allow anyone to touch her body. It took you 17 years to identify her real face but I got to know in 17 days that she wears khaki underwear."This is not the first time Khan has faced flak for misogynist remarks against women.

Last week, he had stoked a controversy after he made objectionable remarks against BJP MP Rama Devi when she was presiding over the House during the debate on the triple talaq bill in Lok Sabha. Khan made remarks that were perceived to be sexist by the treasury benches and they strongly objected. The Rampur lawmaker, in his defense, had said Rama Devi was like a sister to him.

The SP leader did not apologize for his remark but said he will resign if he had said anything unparliamentary. He also staged a walkout along with his party chief, who defended his remarks.