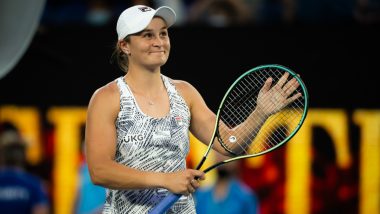 Melbourne, January 29: Ash Barty has won the Australian Open final 6-3, 7-6 (2) over Danielle Collins to end a 44-year drought for Australian women at their home Grand Slam tournament. Barty won the first set with one service break but was down 5-1 in the second set after dropping serve in the second and sixth games. Collins had two chances to serve for the set but was broken both times.

Barty dominated after taking the set to a tiebreaker, racing to a 4-0 lead.

The 25-year-old Barty now has major titles on three surfaces, adding the hard court at Melbourne Park to her win on grass at Wimbledon last year and on clay at the French Open in 2019.