She was gang-raped in Hathras on September 14, 2020, and was admitted to Delhi's Safdarjung hospital for better healthcare facilities. 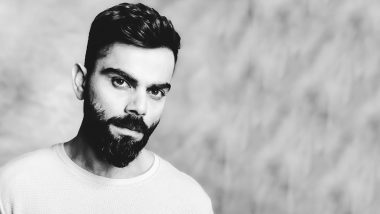 New Delhi, September 29: Condemning the death of a 19-year-old woman who was gang-raped in Uttar Pradesh's Hathras, Indian skipper Virat Kohli on Tuesday called the incident 'inhumane' and hoped that the culprits of the heinous crime will be brought to justice.

"What happened in #Hathras is inhumane and goes beyond cruelty. Hope the culprits of this heinous crime will be brought to justice," Kohli tweeted. Also Read | Abdul Samad Quick Facts: Here's All You Need to Know About the 18-Year-Old Power Hitter From Jammu and Kashmir.

The woman, who was gang-raped in Uttar Pradesh, died on Tuesday morning, at Safdarjung hospital in Delhi. She was gang-raped in Hathras on September 14, 2020, and was admitted to Delhi's Safdarjung hospital for better healthcare facilities. Also Read | Essex Player Pours Beer on Muslim Cricketer Feroze Khushi Following Bob Willis Trophy 2020 Title Win Over Somerset, Gives Rise to Controversy.

All the four accused involved in the gang-rape have been arrested.