Get latest articles and stories on World at LatestLY. A once-in-a-decade census in China shows that the country has about 30 million unmarried men, which is more than the entire population of some countries. 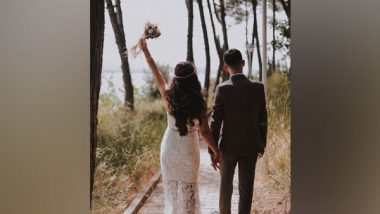 Beijing [China], May 17 (ANI): A once-in-a-decade census in China shows that the country has about 30 million unmarried men, which is more than the entire population of some countries.

China has maintained a long-standing preference for male babies and despite the latest census suggesting a slight increase in the number of girls being born, experts say that the gender gap issue is unlikely to be resolved soon, South China Morning Post (SCMP) reported.

"Normally in China, men marry women who are much younger than they are, but as the population ages, there are even more older men, which exaggerates the situation," said Stuart Gieten-Basten, a professor, underscoring the prevailing desire to have sons rather than daughters in Chinese families.

Bjourn Alpermann, another professor, warned of a huge shortfall in potential brides by the time the babies born reached marriageable age. "Of these 12 million babies that were born last year, 600,000 boys will not be able to find a marriage partner their same age when they grow up," he said.

China's one-child policy, implemented in 1979 and withdrawn in 2016, had exacerbated the practice of sex-selective abortion in favour of boys, said Jiang Quanbao, a demography professor.

Meanwhile, SCMP reported citing the NBS that China's fertility rate was 1.3 children per woman, well below the 2.1 needed to maintain a stable population.

Highlighting that men from lower classes faced the most difficulty in finding brides, Cai Yong, an associate professor of social demography warned that without marriage, they will suffer "poorer physical and psychological health".

Alpermann said that changing social attitudes to improve the gender gap will take some time.

"As long as the preference for boys does not change, it will skew the sex ratio at birth. With such preferences, people still will find a way to select boys over girls and more female fetuses will be aborted," he said.

China's population growth has been slowing for decades due to rising incomes and a restive one-child policy reduced births, in a country that continues to be the world's most populous on the planet. (ANI)